Gordon "Specs Powell, who beat a distinguished path from a drum stool, started by doubling on piano in his own Swing era combo, and later became one of the first black musicians hired by a national radio network.

CBS took the drummer on in 1943 for the Ed Sullivan Show, where he backed Billie Holiday and other stars, continuing in later broadcasts with the Mildred Bailey (CBS) Orchestra.

He died September 15, at 85, of complications from heart and kidney disease.

With CBS for nearly 30 years, from 1943, Powell "made sure he worked harder than anyone else, his son, Ted Smith, told the Associated Press. "He was always prepared, he went to all of his sessions—he called them dates—in suits, impeccably dressed.

During his radio days, Powell remained a fixture in the 52nd Street clubs, where he modulated smoothly to the new bebop. He was in the driver's seat for a famous 1945 Red Norvo swing and bop recording session featuring Dizzy Gillespie, Charlie Parker and Flip Phillips.

The discographer Tom Lord lists 141 career recording sessions with many great names of the period. He retired from music in late 1972, moved to the Virgin Islands and later to the San Diego area.

"It was never a bad day for him, Ted Smith said, "and if it was, he wasn't going to let it show. 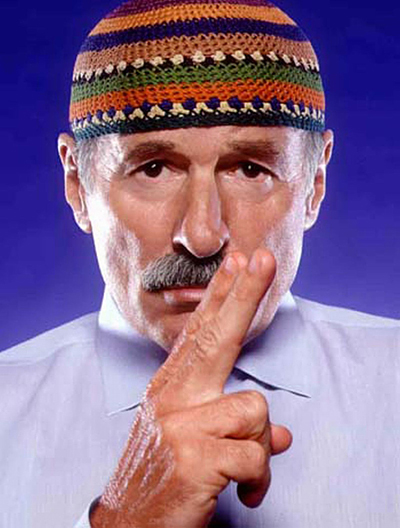 "Who knows what happens next. When you get to be 75, you have lived most of your life. You got to be realistic. Whatever happens, what the good Lord has in mind, I'm here, man.

So ended the cover story in the May Down Beat. On September 11, Joe Zawinul was gone, victim of a highly aggressive skin cancer. The keyboardist and co-leader of the rockbound fusion band Weather Report, a resident of Malibu, California, had been hospitalized in his native Vienna since August.

Born July 7, 1932, Josef Erich Zawinul was classically trained on piano and an established jazz performer in Austria. He immigrated to America on a Berklee scholarship in 1959 and was hired by Maynard Ferguson, Slide Hampton and Dinah Washington before making an international name in many appearances and recordings with Cannonball Adderley from 1961 to 1970.

He composed "Mercy, Mercy, Mercy, the band's biggest hit, which won a Grammy award for best instrumental performance. Miles Davis, getting into the heavily amplified groove, heard Zawinul's solo on electric piano and hired him. In 1969, Davis recorded the album In a Silent Way, title song by the keyboardist, which followed him for the rest of his career. Zawinul also composed and played on the next Davis album, Bitches Brew.

Like bebop before it, fusion was scorned by hardcore traditional jazz fans, but it appealed to the younger rock-minded. The keyboardist and Davis's tenor saxophonist, Wayne Shorter, left in December 1970 to form Weather Report, a synthesizer-driven combo with lights and loudness that toured at home and abroad for 15 years and made many recordings, including Mysterious Traveller, Black Market, and Sweetnighter.

And with "Birdland (not George Shearing's "Lullaby of Birdland ), on Weather Report's 1977 album, Heavy Weather, Zawinul had again fathered a hit that was recorded by Maynard Ferguson, Buddy Rich and other jazz bands.

When Zawinul and Shorter parted ways in 1985, the keyboardist struck out on his own with a battery of synthesizers before forming his own group, finally dubbed Zawinul Syndicate. The band was heavily ethnic African; the leader invented the korg-PePe, an electronic instrument with a bassoon-like mouthpiece and buttons like an accordion.

A favorite on the festival circuit, the group was cheered at the Copenhagen Jazz Festival and on the Old Stage of Denmark's venerable Royal Theatre. A leading daily headlined its Zawinul obituary: "Han swingede Fanden et øre af (He swung an ear off the Devil).

Dave Blocker, a lifelong Newark resident, began singing "doo-wop as a member of The Challengers, a vocal group at Arts High School, Newark. As a student he won first prize in a singing contest—a weeklong engagement with the Rhoda Scott Trio at Newark's famous Key Club. He later substituted at the club for the ailing singer, Dee Dee Bridgewater.

After high school, Blocker was the vocalist with the Brady Hodge and Bill and Duke Anderson orchestras. He performed as the opening act for the comedians Redd Foxx, George Kirby and Jackie Mason, and worked on cruise lines and in resorts in the Catskills, the Poconos and Atlantic City.

Blocker was tutored by his late manager, Jimmy Holmes, a member of the original Ink Spots. He was a longtime vocalist with the New Jersey Jazz Society's "Generations of Jazz educational program.

The discographer Tom Lord lists Dave Blocker as the conga drummer and bongos player in a 1970 studio recording session in New York. The band, including Robert Banks on piano, Ed Swanston on organ, James T. Tyler on saxophone, Earl Williams on drums, among others, backed the singer Marion Williams on "Heavenly Father, "Am I a Soldier and four other religious songs. These were released on the Cotillion label (SD053). Blocker also painted works dealing with Afrocentric themes.

Arnvid Meyer, a galleon figure in Danish jazz for more than a half century, died August 29 from complications of Parkinson's disease. He was 80.

Meyer was the prime mover behind the Jazzpar Prize, the world's most lucrative jazz award from its inception in 1989 until 2004, when the sole tobacco sponsor was forced to withdraw.

Meyer, a trumpeter and bandleader, made his debut as a sideman at the close of World War II playing traditional jazz, and formed his own sextet in 1959. The band thrived on mainstream American fare, broadcasting, recording and making the club and concert rounds for 14 years.

In 1962, Sonet released an EP recording with the visiting trombonist J. C. Higginbotham, and in 1965 Polydor/Black Lion offered two LPs featuring the tenor giant Ben Webster. Down Beat magazine awarded The Jeep is Jumping five stars. One of the four tracks, "Blue Light, was later released on CD in several countries, including Canada (Excelsior, EXL 10232). Webster is "nobly supported by a band that might from its sound have been drawn from a latter-day Ellington orchestra, commented the October 1994 Jazz Journal International. (Ben Webster eventually settled in Copenhagen and was buried in Assistens cemetery near Hans Christian Andersen and Søren Kierkegaard.)

Meyer stopped performing in 1973 to organize jazz activities in his homeland. He was the artistic leader and booker for Copenhagen's famed Club Montmartre in 1971-1974 and again in 1976-1977. He formed the Danish Jazz Center in 1971, directed the Jazzmobile, which held outdoor concerts until 1991, and served on the National Music Council for 11 years. He received the honorary awards of the Danish Music Association and the Ben Webster Foundation.

"Arnvid Meyer was an extraordinary man, totally dedicated to the music he loved and did so much for, on so many levels, said Dan Morgenstern, director of the Rutgers Institute of Jazz Studies, and a close friend.

Mike Osborne, 65, a leading British saxophonist with "ripping articulation and searing sound, died September 19 in Hereford, England. The critic Steve Voce wrote in [email protected] that Osborne "epitomized the British jazz musicians who finally emerged in the Sixties to stand toe-to-toe with their American counterparts.

Aldemaro Romero, 79, a Venezuelan pianist, died September 15 in Caracas. Romero, a classical and jazz virtuoso, played a fusion of bossa nova and Venezuelan joropo, and recorded with the guitarist Charlie Byrd. He founded the Caracas Youth Choir and Philharmonic Orchestra.

Geberoso Jiminez, 90, died September 15 in Miami, Florida. The Cuban trombonist worked with Chico O'Farrill's band. He gained a wide reputation playing with the singer Beny More, and is heard on a soon-to-be-released album featuring the singer Gloria Estefan.

Thanks to Jerry Gordon, Joe Lang, Mitchell Seidel and the editors of Jersey Jazz magazine for obit tips, and to Dan Morgenstern for occasional fact-checking and editing help. Also, to Dr. Wolfram Knauer's Jazzinstitut Darmstadt Jazz News, and Leonard Feather and Ira Gitler's The Biographical Encyclopedia of Jazz (new edition).