: Not Feelin’ All Right: Guilt and Those Cheap Imported Box Sets 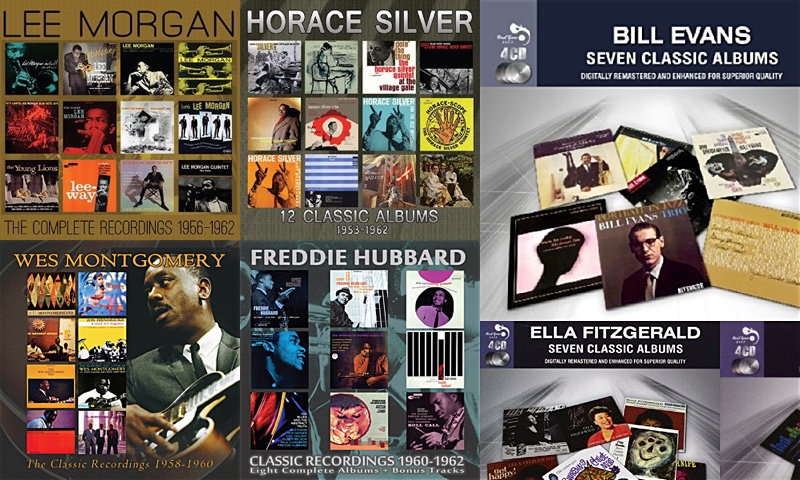 I still buy – not often, but sometimes – those cheapie European boxes, knowing they take bread from Blue Note’s breadbox.

When I was in high school in the '70s, I bought a jazz record with an unusual request in the liner notes. The artist—I think it was Chick Corea—asked fans not to tape his record and pass it around to friends.

He said (and I'm paraphrasing from memory): "If you like jazz and you like this record, please don't copy it. Buy another copy. The jazz market is small, he said, and most jazz musicians don't make much money. Unlike rock stars, most jazz musicians aren't getting rich. When you copy their records and give them away, you're taking bread from their mouths. If you really love jazz and want it to thrive, BUY jazz records and support the artists you like."

That made an impression on me. Obviously, because I remember it all these years later. And I didn't tape the record. (Well, I didn't tape THAT record. I did tape others, and I felt appropriately guilty about it.)

Recently I was in my local record store. I was browsing through the jazz section when I suddenly realized: There are an awful lot of new, cheap, imported box sets. The store owner must have just gotten a big batch.

You know the kind. They come from European labels like Enlightenment and they sell for about $20. They usually have four or five CDs, covering eight or ten entire albums. The music is always from the 1950s and '60s, and they usually claim to be The Complete This, or The Classic That.

I was stunned. Not surprised, really, just shocked at how many were there, and for so many different artists.

Now, we're all used to seeing cheap box sets of Louis Armstrong and Charlie Parker and Billie Holiday. Old stuff. But these "new" sets—they were mostly from Blue Note Records' classic period. In fact, the one I bought—yes, I succumbed—was called Hank Mobley: The Classic Blue Note Collection 1955-1961. It has five CDs and covers ten entire albums.

How could you NOT buy something like that for $20?

Of course, it's not exactly a box set. There's no box, for starters, and no liner notes, either. But jeez—all that great music! Sure, I already had some of it, but not all of it, and not all in one place.

So yeah, now I feel guilty.

ADVERTISEMENT
Because I know the score. I'm not naïve. I know how these "boxes" came to be. In Europe, the copyright on most music expires in 50 years. The albums enter the public domain. And so every schmoe with a printing plant can steal the old records and reprint them. Instant box set!

This is bad. I know it's bad. And yet, there you go—I bought them. I may buy more. I try not to. I know I'm cheating the artists and the labels. But boy, it's hard to resist.

As a Blue Note fan, I understand better than most what this does to my favorite jazz label. Blue Note, of course, has a tremendous back catalog. I'm sure it's a substantial portion of the label's income. I'm sure records like John Coltrane's Blue Train and Art Blakey's Moanin' and Herbie Hancock's Maiden Voyage are still among the label's best sellers, all these years later.

I know Blue Note was reborn in recent years. I know Norah Jones' debut album, Come Away With Me (2002), was the label's all-time best seller, and still sells strong, although it's not really jazz. I know Blue Note has broadened its musical palette to rock and more. I know Don Was, the label's new president, has done an incredible job of rebirthing an old classic and making it relevant.

I know all that, and I wish Blue Note well. I even buy some of their new albums, or CDs, or whatever they're called now.

And yet I also still buy—not often, but sometimes—those cheapie European boxes, knowing they take bread from Blue Note's breadbox.

Don't hate me, Chick. I already hate myself for doing it.