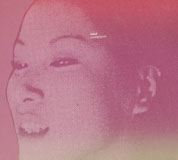 While detractors will suggest that noise improv is nothing but, well, noise, the fact remains that there are significant differences between artists working in this niche genre. In Norway, Supersilent has managed to carve out its own space, where harsh textures and open spaces (lyricism, even) meet. MoHa!, on the other hand, takes a denser and far more aggressive approach to noise improv, made crystal clear on its second release, Norwegianism.

Guitarist Anders Hana and drummer Morton J. Olsen are still in their mid-twenties and, like Sonic Youth guitarist Thurston Moore and his Dream Aktion Unit, come to this odd nexus of electronic music, free improvisation and sound sculpture with a decidedly rock stance. While there are plenty of moments of pure, unfettered abandon, Hana's jaggedly distorted guitar, on occasion, comes together with Olsen's thundering kit for some pulsing grooves—though they rarely last long.

While most of Norwegianism's tracks clock in at less than three minutes—nine at less than two—MoHa! manage to pack a lot into very short spaces. "Jolly Two" begins in flat-out free territory, Olsen flailing beneath Hana's electronic skronks, but the two magically stop for increasingly long moments (one, then three, then six seconds), with each successive passage taking on the slightest bit more shape until the 66-second mark, where a thrash metal pulse takes the duo into an even more extreme finale. All this in 92 seconds.

It's not, however, all about thick sonics and vigorous workouts. "Entry Two" is two minutes of soft electronic sounds; no melody or rhythm to be found, but a respite from the power that came before. It's the sequencing of Norwegianism, in fact, that builds a discernable shape out of sixteen tracks that have less impact independently rather than as a more-or-less continuous fifty-minute arc. Conventions are largely thrown out, but Hana and Olsen, who have been playing together in various projects for nearly a decade and recorded Norwegianism following a European tour are especially attuned to one another, making this a truly collaborative effort.

Norwegianism is absolutely not for the faint-at-heart. But for those whose tastes run to groups like Dream Aktion Unit, Supersilent and Scorch Trio, MoHa! is a group that, along with those other ensembles, proves that not all noise improv sounds alike.