The last day of JNiaN was a little different than past years. There was a day of sport programmed for the more energetic at heart, ranging from calmer exploits like fishing to kayaking, mountain hiking and, for the most fearless, tandem paragliding. Those who were looking for a little calmer day could spend it in Bergen, with a planned lunch at the in-town location of Cornelia, whose island restaurant, Cornelius på Holmen, has been visited by Nutshellers in past years. For others, it was a time to catch up on a little work; travel is always great, but the work at home doesn't stop, and so it's often a challenge to balance the heavy itinerary of trips abroad with the endless flow of emails and other responsibilities. 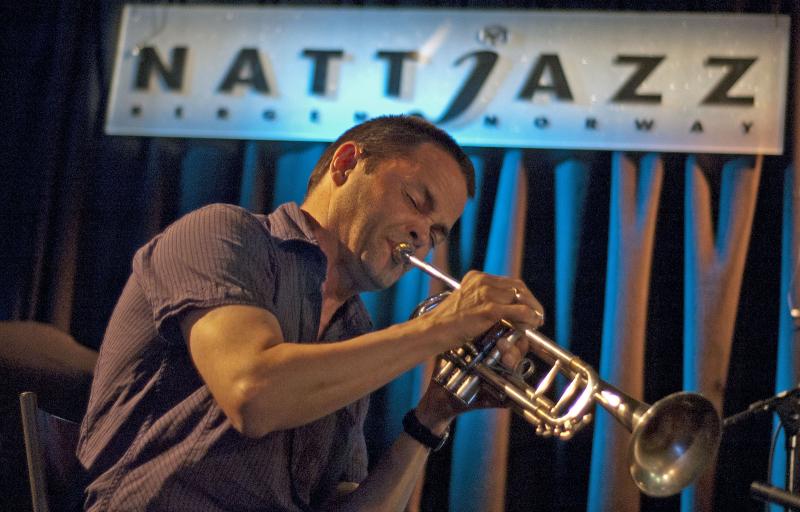 But after an afternoon of catch-up, it was time to hit Natt Jazz for the final evening. First up, trumpeter Arve Henriksen, who is no stranger to Natt Jazz between supporting albums like his own widely acclaimed Cartography (ECM, 2008) with a 2009 Natt Jazz show, and collectives like Supersilent, the flagship improvising group that delivered its first live performance ever at Natt Jazz in 1997. Henriksen has, in the past few years, become one of the country's most significant artists, always searching for new areas to explore, and consequently receiving high accolades, including being selected as Artist in Residence at Molde 2009. Henriksen is the recipient of North Sea Jazz Festival's Paul Acket Award, and more are on the way for 2011, making his appearance at Natt Jazz 2010 all the more fortuitous, as he was debuting a new group at the festival, and it turned out to not only be the best show seen as part of JNiaN, but will certainly go down, along with the Westerhus/Endresen duo set, as one of the best live shows of 2011.

Henriksen has long possessed a deep interest in all things percussive; becoming, along with his trumpet, voice and electronics, Supersilent's de facto drummer when Jarle Vespestad left the group in 2008. A trumpet trio with two percussionists might sound, on paper, like something with significant self-limitations, but only to those unfamiliar with Henriksen, and the two partners he chose for the group. Helge Norbakken has, over the past several years emerged as of Norway's premier ethnic percussionists alongside Terje Isungset, appearing on albums including Jon Balke's Siwan and trumpeter Jon Hassell's Last Night the Moon Came Dropping Its Clothes in the Street, both released in 2009 on ECM. Drummer Audun Kleive has achieved even greater international exposure as a member of Norwegian guitar icon Terje Rypdal's Chasers band of the 1980s/90s, as well as recent work with trumpeters Mathias Eick, on The Door (ECM, 2008), and Nils Petter Molvaer on Hamada (Sula, 2009). 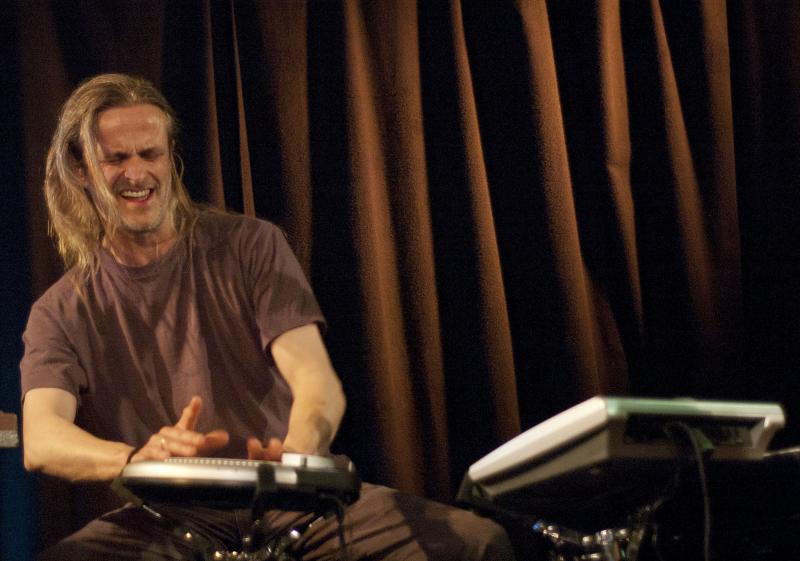 While Kleive's reputation as a powerful kit drummer has been supported, in recent times, as a member of Molvær's trio with guitarist Stian Westerhus, and in the reunited Jøkleba—the now-super group with Jon Balke and Per Jørgensen that gave its first live performance in years at Vossa Jazz 2011. Here, however, Henriksen recruited the drummer solely as an electronic percussionist, with no kit to be found, just his Wavedrums, on which Kleive triggered a variety of samples, ranging from conventional drum sounds to otherworldly electronics that pushed the trio's overall sound into the 21st century and beyond. It worked as a perfect dovetail to the all-acoustic Norbakken, whose collection of percussion instruments ranged from ethnic drums, a variety of cymbals, bells and more, to two car wheels, flipped on their side, as well as a bass drum, similarly inverted. Between the two, Henriksen had a veritable drum orchestra at his disposal and, combined with his own broad palette, there seemed to be no limits to what this trio could achieve.

Of course, going onstage with no rehearsal (other than an extended sound check earlier in the afternoon), no preplanning and no written material, there was no way to know what to expect. Still, nobody could have anticipated a show so filled with the sound of surprise that, more than once during the nearly 100-minute set, just as it seemed like the trio was about to start winding down—at one point, Henriksen even giving what appeared to be a cue to do just that—one of the players would emerge with a new idea that grabbed everyone's interest, and suddenly they were off again, in an entirely new direction. There's a certain nervous energy about a first performance that can, in the right hands, inspire a group to completely unpredictable but tremendously inspired heights, but Henriksen, Kleive and Norbakken pushed the sound of surprise even further, in a set that combined dark lyricism, tribal rhythms and ambient audioscapes. Moments of warped funk mixed with hints of song form, in Henriksen's use of a small synth keyboard to evoke Terry Riley-like minimalism, and periods of Supersilent-like aggro, as the trio sometimes entered noise territory—though, with two percussionists in play, with far greater attention to underlying pulse.

Throughout it all, Henriksen moved effortlessly among his instruments, at one point rapidly switching between his trumpet and pocket trumpet, to create a one-man trade-off. He sang in a fragile falsetto, growled and screamed with abandon. He placed a saxophone mouthpiece on his trumpet and, later, played with no mouthpiece at all. All with the kind of incredible instincts that both pushed his band mates and kept an open ear to where they were going, created a continuous and seemingly endless communal flow of ideas. Kleive not only used his fingers and palms in direct contact with his Wavedrums, he morphed the sound with his hand moving in the air above the electronic pads, not unlike a Theremin. Norbakken used all manner of stick and brush on his instruments, as well as his hands, at one point standing and scratching a large cymbal with a stick, in response to Kleive's bubbling sonics. 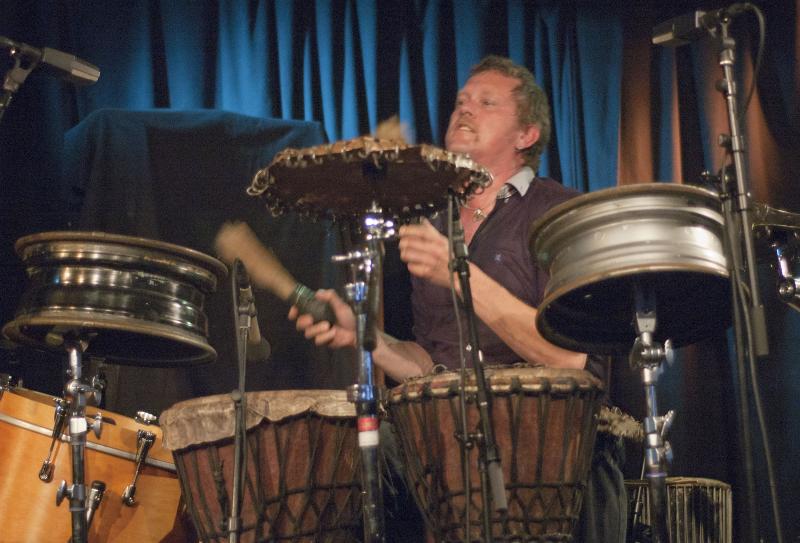 Helge Norbakken That a long set could somehow feature no individual while absolutely spotlighting all of them, kept the energy and excitement high throughout the set, even when the dynamic dropped to no more than a whisper. A fundamental of many Norwegian festivals is to commission new works and new ideas; in recent years, Natt Jazz has included performances like the 2009 debut of Terje Rypdal with the Bergen Big Band, recorded and later released by ECM as Crime Scene in 2010. Henriksen's debut of this new trio, coming in a year where the multi-instrumentalist is achieving more accolades than ever before, resulted in one of those events where, when a recording is finally released, those in attendance can look back knowing they were there at the beginning of something very, very special.

With an outrageously early pickup for the airport coming at 4:30am the following morning, a late last night for Natt Jazz and JNiaN was simply out of the question. Still, it was equally impossible to leave without catching at least a few minutes of Farmers Market. Headed by multi-instrumentalist Stian Carstensen—who delivered a mindboggling solo set at Polar Jazz 2011, above the Arctic Circle in Longyearbyen, that combined outrageous virtuosity with the timing of a great comedian—Farmers Market hasn't released an album since 2008's Surfin' USSR (Kirkelig Kulturverkstad), but the group continues to be a live favorite. Driven by bassist Finn Guttormsen and drummer Jarle Vespestad, Farmers' shows draw on a large repertoire, blending original music with whacky reworks of songs by artists like Stevie Wonder and Paul Desmond—their infamous version of "Take Five" on the group's aptly titled Speed/Balkan/Boogie (Kirkelig Kulturverkstad, 1995) not only ultimately stretched to 11/8, but posited a distinctive Bulgarian tone thanks to the guest appearance of Georgi Andréev, playing the bowed Bulgarian gadulka. 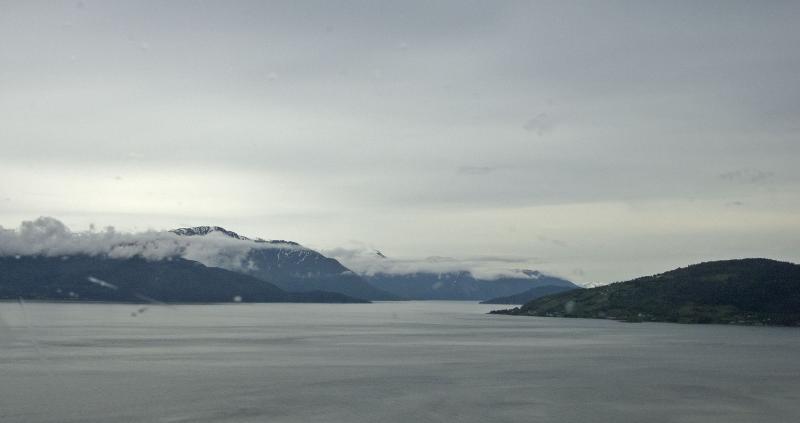 There were no gadulkas to be seen at Farmers Market's packed show in Sardinen; instead, just the core group—along with Carstensen (on electric guitar, accordion, banjo and pedal steel), Guttormsen and Vespestad, also featuring guitarist Nils-Olav Johansen and Bulgarian saxophonist Trifon Trifonov—kicked things into high gear from the get-go, with fusion energy that recalled John McLaughlin's second Mahavishnu Orchestra of the mid-to-late-1970s. Like Carstensen solo, but on even more steroids, the group navigated knotty themes played over almost impossible rhythmic landscapes...but as complicated as the arrangements were, they were played with such ease, that even the odd-metered tunes grooved with booty-shaking energy. Farmers Market is as much a quirky dance band as it is a comedy act, all supported by effortless virtuosity and playing that is deeper than the group's crazy veneer sometimes suggests. Another example of making music that has broad appeal while, at the same time, avoiding any kind of artistic compromise.

Sadly, however, it was necessary to leave the show early, head to the Key Club for a quick goodbye to a few friends, and return to the hotel to pack and catch a paltry three hours sleep before meeting a small group of Nutshellers who also had to catch the early flight from Bergen to Frankfurt. But, riding in the van to the airport with friends from Italy, Poland and Sarajevo, everyone was still strangely energized about a trip that may have lasted less than 100 hours from start to finish, but that demonstrated, yet again, the hospitality of JazzNorway in a Nutshell, the remarkable breadth of the Norwegian music scene, and the enduring value of relationships built around Natt Jazz.

Every trip, every festival has its purpose and its unique value, but JazzNorway in a Nutshell manages, in ways like no other, to reaffirm and expand a growing network of people in an industry that may be marginalized, but which remains strong and committed. After a mere four days with this remarkable group of people—brought together for the purpose of spreading the word about Norwegian music, but ultimately accomplishing much more by creating friendships and business relationships that continue to bear fruit throughout the year—anyone who came experiencing doubts about the value of their work was, despite being tremendously sleep-deprived, refreshed, reinvigorated and re-inspired. JazzNorway in a Nutshell's greatest success is its gradual expansion of this global network, made possible in the most relaxed, informal and amicable way possible, as the event created a focal point of common interest, made all the stronger by the personal relationships built over four days of shared music, information, experience—and fun.