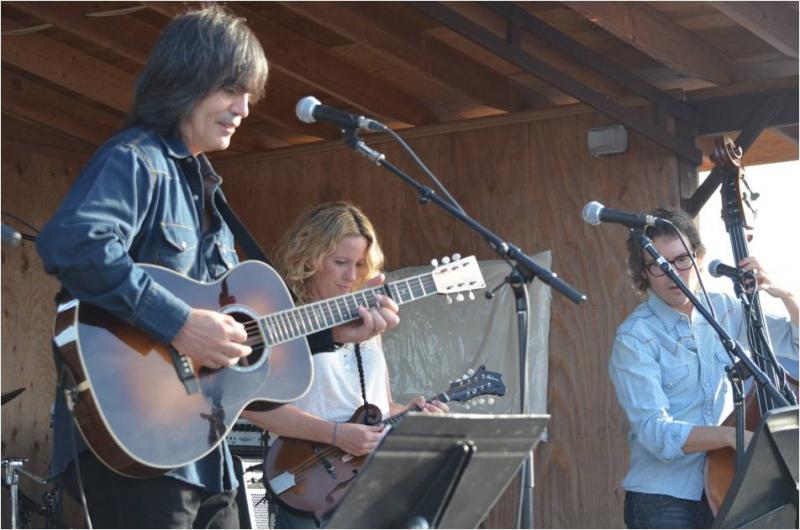 By MIKE PERCIACCANTE
September 2, 2012
Sign in to view read count
The Dirt Farmer Band / Miles To Dayton / The Second Hands
North Fork Rock and Folk Festival
Peconic Bay Winery
Cutchogue, NY
August 19, 2012
In 2010 and 2011, The North Shore Rock and Folk Festival took place over a single weekend (Saturday and Sunday) in July. For the 2012 edition, promoter Yvonne Lieblein and winery management decided to change course...slightly. According to former Southold, New York Town Supervisor and Master of Ceremonies Josh Horton (who also serves as lead singer of Corky Laing and the Memory Thieves), "The decision was made to mix up the showcase and, instead of holding one large festival over a single weekend, replace it with a more scaled-down and intimate concert series."
The 2012 festival (which was also billed as a Celebration of the Music and Life of Levon Helm) kicked off on August 19, 2012 by welcoming three groups to the stage at Cutchogue, New York's Peconic Bay Winery. The Second Hands (a folk duo comprised of songwriters Geoff Schroeder and Laura Hoch), Miles to Dayton (a band that specializes in their own brand music that blends elements of folk, rock, classical, and funk), and The Dirt Farmer Band (featuring five core members of the Grammy Award-winning Levon Helm Band) each performed stellar sets on this beautiful Sunday afternoon.

Billed as The East End's (Long Island) hottest folk duo, The Second Hands led things off with a rousing, acoustic and family-friendly set that brought smiles to the faces of the crowd. Their joyous set, featuring tracks from its 2012 eponymous, self produced debut CD was highlighted by a stunning version of Bruce Springsteen's "Atlantic City." 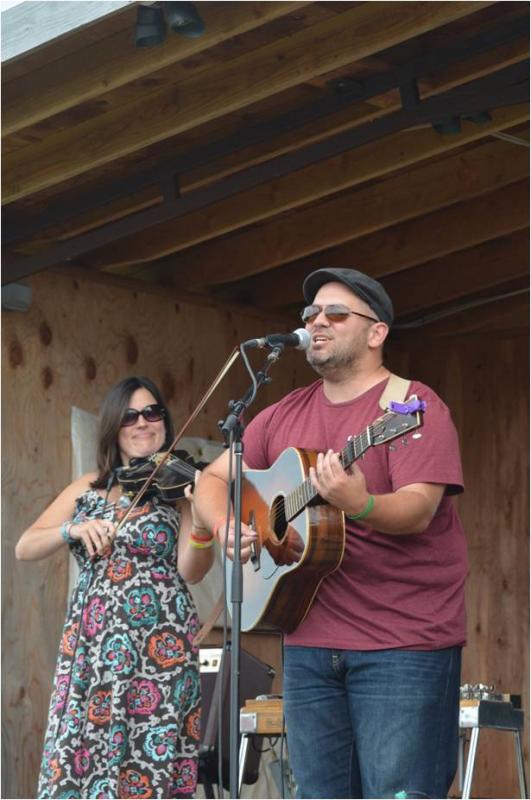 Miles To Dayton was up next, with a set that featured the Irish folk-influenced "Firefly" from Pass It On (CDBaby, 2011). The audience—spread out across the patio and Great Lawn near and around the winery's gift shop and tasting room—quickly got on its feet and danced the afternoon away to the band's rocking, soulful rhythms. The group's thirteen-song set leaned heavily on the songs from the album, including the set-opening "Great South Bay," "The Getaway," "Play The Fool," "Pass It On," "Deep Underground," "On Your Mind," and the set closer, "Oh, Ruby!" One of the many highlights was "Therapy," which effortlessly morphed into Buffalo Springfield's "For What It's Worth." Additionally, M2D—as the group is known to its many fans—including vocalist Krista Preddice, husband/multi-instrumentalist Jonathan, bassist Dave March, violinist Leanne Strom and drummer Brian Kroll, knocked it out of the park with a spine-tingling and jaw-dropping version of U2's "I Still Haven't Found What I'm Looking For" and a cover of Bob Dylan's "I'll Be Your Baby Tonight." With strong vocals, lush harmonies, a unique melding of styles and stellar musicianship, M2D's performance was top-notch.

Other highlights included: the Roy Orbison-influenced cover of Charlie Louvin's "You're Running Wild," Helm's amazing lead vocals on "I've Got Reasons" and "Good News," Midnight Ramble staples "Cypress," and "Did You Love Me At All," and The Band's "Twilight" from Islands (Capitol, 1977).

The Dirt Farmer Band's appearance at the event marked its first concert outside its home venue since Helm's passing. A portion of the evening's proceeds were to be set aside to benefit "Keep It Going," which will help continue the Midnight Ramble. The afternoon's performance was a joyous celebration of the musical legacy of Helm—a true bastion of the musical genre best described as Americana. Led by Campbell on guitar, the band offered what amounted to an audit and educational detail of American music ranging from rock 'n' roll, blues and country to soul, folk and good old-fashioned funk...and back again.