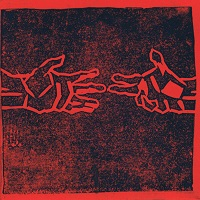 The collaboration between violinist Gunda Gottschalk and bassist Peter Jacquemyn dates back to 1995, with the duo expanding to a trio in the live arena with the addition of accordionist Ute Völker. Non é Prohibito (el NEGOCITO Records, 2017) is only the duo's second recording and comes eighteen years after E Pericoloso Sporgersi (Valve Records, 1999). It's undoubtedly a hefty gap, although both musicians are busy in multiple settings -Jacquemyn most frequently in ensembles with alto saxophonist/bandoneon player André Goudbeek, and Gottschalk in the quintet Partita Radicale. As on their debut recording, Gottschalk and Jacquemyn once again dive headlong into entirely improvised dialog, with striking results.

The seven viaggi—or journeys—stem from free-jazz, an arena well familiar to both: Jacquemyn has played with the likes of Michael Moore, Tony Oxley, Peter Kowald and Barre Phillips, while Gottschalk's collaborations include guzhêng player Xu Feng Xia, William Parker, Susie Ibarra and Fred Frith. It's hardly surprising, therefore, that these improvisations are so fiercely uncompromising. In addition to violin, Gottschalk also attacks the strings of a viola, though only occasionally, on the most lyrical interludes, is it possible to distinguish the one from the other. Jacquemyn, in the main, works his bow, and both musicians employ wordless vocals, from nasal drone to something akin to a guttural, monastic mediation. Such articulations, however, are sparingly aired.

The pizzicato spluttering and sawing bowed bass of "Viaggio I" combine with frenetic energy and nerve-shredding effect like the soundtrack to some dystopian nightmare. Much of the music throughout is discordant and angular, the duo's healthy disregard for convention resulting in sounds that are, as on "Viaggio ii," evocative in turn of creaking wood, didgeridoo and animalistic mewling and growling. This is music, above all, that works on the nerves, emotions and one's imagination. For Gottschalk and Jacquemyn, as the album title suggests, nothing is out of bounds. There are also passages of quietly spun reverie, although the softly voiced interplay at the outset of the sixteen-minute "Viaggio iii" gradually evolves into a lunatic jig, the faintly sketched melodic lines themselves dissolving into more abstract sounds that maintain a tension, though not an easily discernible form, until the end.

Gottschalk and Jacquemyn embark in tandem, if not quite in unison, on "Viaggio iv," the arresting harmonics of their boldly interweaving lines repeatedly punctuated by islands of silence. The duo's maze-like paths are entirely unpredictable, though the very real sense of mutual purpose never diminishes as they spur each other on. The fractured narrative of "Viaggio v" is a tale of shifting moods. Beginning with a musical tit-for-tat, the duo exchanges staccato phrases like children's teasing mimicry; the soundscape then changes to urgent, car-horn brashness before the duo finds harmony in a gentle, melodic fade-out.

"Viaggio vi" a scratchy, fidgety affair, sees Gottschalk gravitate towards the violin's upper registers as Jacquemyn heads the opposite way with his bass. The duo signs off with "Viaggio vii," arguably the album's most atmospheric improvisation. Here, viola and bass carve out overlapping drones, Jacquemyn's barely wavering as Gottschalk's own evolves into a dark melody that compounds the sinister ambiance.

Non e Prohibito is an intense, challenging and liberating sonic journey, akin to passing through ever-changing scenery of an imaginary world. Thrilling and surprising in equal measure, it's also just a little disorienting. For those prepared to stay on board for the duration, however, and then willing to revisit Gottschalk and Jacquemyn's brave sonic world, the results are uniquely stimulating.