By MARK CORROTO
December 25, 2013
Sign in to view read count 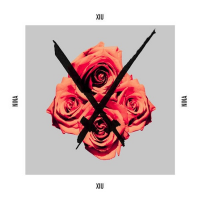 Like a horrendous and gruesome accident you pass on the expressway, listening to the Jamie Stewart's covers of Nina Simone's music is both repulsive and abhorrent, but ultimately impossible to escape.

Seems you just have to listen.

Stewart and his avant-garde group Xiu Xiu probably have never had their discs filed in the jazz section of a record store. They have covered music by The Smiths and David Bowie/Queen's "Under Pressure." Certainly, covering a legend invites judgement, but Stewart steers clear of direct imitation of Simone's voice, opting to capture only her emotion.

His breathy sung/spoken lyrics are often whispered into the microphone like a frail Leonard Cohen. "Don't Smoke In Bed," is teased out painfully over the arrangements of drummer Ches Smith. The session finds a Downtown cast of superstar talent. Mary Halvorson twirls her guitar pedal distortions as foil to the singer, accordionist Andrea Parkins supplies atmosphere, and the two saxophone back of Tim Berne and Tony Malaby insures the tunes will be packed with consequential sound.

Highlights include a rollicking version of "Flo Me La" with Smith hammering out a rock-slide of percussion over Parkins' electronics, a shuffle blues "Four Women" that triggers a violent implosion of sound, and the afro-pop musings of "See Line Woman."

Stewart's interpretation is painful, but it is that good kind of pain.

Don’t Smoke In Bed; Don’t Explain; Wild Is The Wind; Where Can I Go; See Line Woman; Just Say I Love Him; Four Woman; Pirate Jenny; You’d be So Nice; The Other Woman; Flo Me La.