Calling me a jazz singer was a way of ignoring my musical background because I didn't fit into white ideas of what a black performer should be. It was a racist thing; 'If she's black she must be a jazz singer.'

"I insist on being not one of your clowns, but one of you," she commands of her French audience early on in her performance. When Nina Simone walks out onto the stage, the first word that comes to mind is: regal. "I am a queen," she proudly announces. Her black wrap dress is simple and minimalist. Her silver necklace, a gift from a man who lives in Greece, is modest and beautiful—she pulls attention towards it on more than one occasion during her performance. But for me, it is Simone herself that stands out; she is the radiant gem and her garb serves merely as a backdrop.

The way she looks out into the crowd—with or without her Cheshire-cat like smile—and her unflinching stare make you feel like you are the only person that matters in the room. The intensity and power she gives off while singing is felt in the exaggerated rises and falls in her pitch and the crisp high notes that she holds onto forever. Simone has the ability to make every word count and resonate. I think what surprised me the most about her presence was how seemingly aware she was of her gifts, of her ability to captivate and mesmerize her audience.

Nina Simone was born Eunice Kathleen Waymon in Tryon, North Carolina in 1933. In her autobiography I Put a Spell on You (Pantheon Books, 1991), she recalls that most of her childhood memories were tied up in music. "Everything that happened to me as a child involved music," she said. "It was part of everyday life, as automatic as breathing."

As an infant during Sunday services at church, her family and parishioners remember how her tiny infant hands were able to clap in time with the choir. At just two-and-a-half, Simone climbed up to the piano bench and tried very hard to play the keys on the family organ. She was able to strike each key with more force in just a few months. Mary Kate, her mother, was astonished when she heard her barely three year old daughter play "God Be with You 'Til We Meet Again," in the key of F. "To Momma's mind there was only one explanation: I had received a gift from God," wrote Simone of the event. 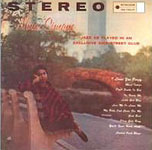 At six and a half, Simone was introduced to an Englishwoman named Mrs. Massinovitch, whom she affectionately called "Miz Mazzy." She would become Simone's first and perhaps most significant introduction to classical training. Miz Mazzy introduced Simone to the world of classical music: Beethoven, Liszt, Czerny, and her favorite, Bach. Her time with Miz Mazzy taught her valuable lessons in technique: how to properly hold her hands at the piano, how to improve the spread of her fingers, and how to play from the shoulders and not from the wrists. But her lessons went beyond technique. Simone also learned how to carry herself on stage, things like bowing and walking on and off a stage with grace, and she even learned how to sit up straight and exude elegance while she played.

Both her training with Miz Mazzy and her eventual studies at Juilliard amply prepared Simone to share her talents with the rest of the world. Sid Nathan, the owner of Bethlehem Records, arrived at her home one evening. He brought with him a ton of songs for her to play and a list of musicians that he had chosen to become Simone's studio band. She told him straight away she didn't want to play his songs and if she was going to make an album, she would choose the material. Simone also told Nathan that she would pick the musicians she wanted to back her. What Nathan didn't know was that fame was never a huge ambition for her. When Nathan returned later that afternoon, he agreed to all of her conditions and offered her a contract to record Little Girl Blue in 1957.

Aside from the hectic touring schedules that come with being a professional musician, her success did have other drawbacks. Simone had to find a way to deal with being labeled. She began to notice that many of the critics would often compare her to Billie Holiday because of "Porgy (I Loves You Porgy)." She hated that because it was just one of many songs that she had performed and all of them were quite distinct.

"What made me mad was that it meant people couldn't get past the fact we were both black," she said. "If I had happened to be white, nobody would have made the connection." She further added that it was wrong to put her into a box. "Calling me a jazz singer was a way of ignoring my musical background because I didn't fit into white ideas of what a black performer should be. It was a racist thing; 'If she's black she must be a jazz singer.'"

A number of tragedies of the 1960s inspired some of Simone's greatest work. Her life as a mother and a wife had always taken a back seat to her music, but perhaps even more so now; the Civil Rights movement had consumed her. Though her touring and practice continued to keep her isolated, Simone would listen to the radio more often to keep up with any changes in the struggle. It was her idealism that made her believe that things were going to change for the better for black people.

On June 12th, the night after Kennedy's announcement that he would present a new Civil Rights Bill to Congress, Medgar Evers, a field secretary for the NAACP chapter in Jackson, Mississippi, was fatally shot on the steps of his home. The Mississippi governor shook the hand of the accused killer, a white man, during the trial. "While Medgar Evers' murder was not the final straw for me, it was the match that lit the fuse," Simone said.

She was living in Mount Vernon, NY and had a den built over the garage where she would spend several hours practicing for a show. As she began to prepare for her week-long engagement at the Village Gate in New York City, Simone heard some terrible news over the radio. The Sixteenth Street Baptist Church, once a haven for both its worshippers and civil rights workers in Birmingham, Alabama, was struck by a dynamite bomb on September 15th, killing four girls: Denise McNair, Cynthia Wesley, Carole Robertson and Addie Mae Collins. A riot broke out later that day and the police shot a black kid, and a black man was pulled off of his bike and beaten to death by a white mob. 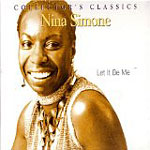 "I suddenly realized what it was to be black in America in 1963, but it wasn't an intellectual connection of the type Lorraine [Hansberry] had been repeating to me over and over," Simone said. "It came as a rush of fury, hatred and determination. In church language, the Truth entered me and I 'came through.'" Simone's rage caused her to rummage through her garage and pull out every tool that she could find. Andy, her husband and a retired cop, came up about an hour later and asked what she was doing. She couldn't speak and when she tried to speak, the words didn't really make sense. Simone was going to make a gun, a homemade pistol.

She had wanted to kill for those four little girls, for Medgar Evers, and for all black people who were victims of violence motivated by racism. Andy stood there and said to her, "Nina, you don't know anything about killing. The only thing you've got is music." Then he left her alone to give her time to calm down. At that moment, she wasn't really convinced that nonviolent protests were helping black people anymore. That disturbed her more than the anger she had felt. But Simone realized that Andy was right, that she didn't have it in her to kill anybody. So an hour later, she wrote the sheet music for "Mississippi Goddam" (Philips Records, 1964):

Alabama's gotten me so upset
Tennessee made me lose my rest

And everybody knows about Mississippi goddam

This is a show tune

But the show hasn't been written for it, yet

Hound dogs on my trail

I think every day's gonna be my last

Lord have mercy on this land of mine

We all gonna get it in due time

I don't belong there

I've even stopped believing in prayer

One dealer in South Carolina returned a bunch of copies back to her office with each copy of "Mississippi Goddam" cut in half. Some states even blocked the word "goddam," and released it as "Mississippi #**#!," which made her laugh. Otherwise it was a huge hit everywhere she performed it.

But Simone still had her insecurities about these songs: "How can you take the memory of a man like Medgar Evers and reduce all that he was to three-and-a-half minutes and a simple tune?" It was too late for her to turn back. Her protest songs were an essential part of the movement and time eventually gave her a great sense of pride to know that she had made that kind of impact. The civil rights era would drive her and her musical direction for the next seven years.

We lost our "High Priestess of Soul" to cancer back in 2003. Three years later, on February 21st, her birthday, a sold out crowd at the Brooklyn Academy of Music watched Nina Simone: Love Sorceress, filmed by Rene Letzgus at the 1976 Montreux Jazz Festival. Most of the audience had only encountered Simone through listening to her music. The great thing about a concert film is that it can capture what many may already know about Simone the musician—her incomparable piano playing, her insightful lyrics, her vocal arrangements. And the music can shed some light on who Simone, the woman, might have been: confident, secure, and often charismatic.