Nik Turner: Bringing the Music to the People

By JACK GOLD-MOLINA
February 24, 2010
Sign in to view read count
AAJ: You know, I think that's where the influence of bands like Hawkwind comes in.

NT: I like people like Sun Ra, that sort of thing. I think that's really cool. I think there's a guy called Jerry Dammers that used to play with the Specials that's got a band like Sun Ra now. I want to try and play with him. I just like to play in all sorts of contexts, really. It's all easy. It's just either good music or bad music. That's all the types of music there are [laughs]. And I'm up for anything.

AAJ: Yeah, a lot of times there are no rehearsals or anything, even in recording sessions. They just go in and play. And that's where the music I think is most vital.

NT: I think so. It's always first takes are the best, really. Even unrehearsed things are really good because they are just fresh.

AAJ: Are you coming to the States any time soon?

NT: I don't know. I haven't got any plans to come to the States although I would like to. I need a reason. I need a situation. I've been invited to play tours with bands over there. I've played in Seattle a couple of times. I've played in bands over there where I've got sort of an American backing band, these guys from L.A., or I've had some other guys from Chicago as a backing band, and some other guys from Atlanta as a backing band, a band called Space Seed, and another band called Nik Turner and Friends.

I played with these guys from L.A. called Farflung—they've got one band called, and another band called Pressurehed—who I've played with quite a lot. But they want me to play Inner City Unit and Hawkwind songs and I get a bit bored with that. When I was last in America, I met a guy when I was in, I think, in Pittsburgh, who played with Rashied Ali. He suggested I might come and play with them but his phone number is no longer functioning, so I wasn't able to get in touch with him to arrange anything but I'd like to come over and do some work with some of those guys, but I don't know where to contact them.

Rashied Ali used to play with John Coltrane. I'd really like to play with people of that caliber. Ornette Coleman has expressed interest in playing with me but I've lost the phone number of the guy who was the contact for him in New York.

I thought it was interesting, your writings about the drummer from Black Sabbath, him having been always into jazz, and also the guitarist in Black Sabbath always being into jazz as well. It's very interesting. I don't know if they play jazz at all.

AAJ: I don't know. I think they were really into, like, this kind of avant-garde blues-jazz playing. I think they even had a saxophonist for awhile.

NT: I thought that was so interesting, you know. I suppose a lot of people are influenced by jazz. It's a sort of higher form of music. Technically, I find it on par with classical music but better because it's got the soul which classical music doesn't really have. Most people that play classical music are not interpreting the music. They are just playing it as it is written, but they're not really putting any of their own expression into it.

It's funny because Lemmy, from Motorhead, is a friend of mine and I was talking to him the other day and I was saying, "Well, what bass players do you listen to, Lemmy?" "Well, I don't listen to any, really." I said, "What about Jaco Pastorius and Stanley Clarke, and people like that?" "Oh, no. I don't listen to them." [Laughter] I thought, it's a shame because he could learn a lot. He says he just plays what he plays and that's it. 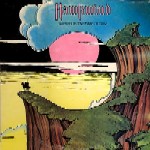 I think, to me, being stimulated by other people is part of the excitement of it because it makes you do things differently yourself. I think we can all learn from each other. I had my own big band for a bit, as well, playing all of these Duke Ellington and Count Basie arrangements, and I was being taught by this trumpeter who was a real fan of Harry James. And he was saying to me, "You know, everybody's got something you can steal from them." [Laughs] Meaning, you can learn from everybody, whatever standard of technique they might be. You can, and I think you have got something for everybody yourself.

AAJ: What I've learned is that I'm not myself unless I am playing. I mean, I have to be playing. Seattle has got a great free jazz scene. Guys get together and play just about anywhere—under bridges, in any small club they can find. But people are really devoted. A lot of people won't even play tunes, at all. They improvise, and that's all they play.

NT: One of my favorite practice pieces is Coleman Hawkins' "Body and Soul." Do you know that tune? Do you know the Coleman Hawkins version of it? Well, Coleman Hawkins had a hit record with it in the '30s, but he doesn't play the tune at all. It's just a complete improvisation that goes from three flats to three sharps to two sharps to three flats. And it's just an improvisation. It was his sort of seminal jazz piece which, in the '30s and '40s, if you wanted a gig in a band, and the big bands were all breaking up and be bop bands were taking over, if you wanted a gig in a band you had to know that solo. And it's not the easiest solo.

I do it as a practice piece [laughs]. I mean, I can play it by heart, you know, and I'm trying to learn to play it in every key, at the moment. But it's actually an extremely difficult piece. When I was playing in a big band there were all these old guys who played saxophone that were all trying to learn it, or just trying to read it, in fact. You know, they were having a problem reading it. I'm now playing it by heart every day just as a practice piece because I think it is such a difficult piece. But it's just that I get such a lot of satisfaction out of being able to play it.

All Other Photos Courtesy of Nik Turner