By JEFF DAYTON-JOHNSON
August 22, 2007
Sign in to view read count 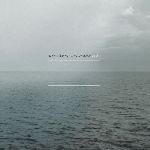 The critical enthusiasm that greeted Stoa (ECM, 2006), by keyboardist Nik Bärtsch's Ronin band, has encouraged some listeners to look into his back catalogue. It turns out that the Zurich-based musician has been developing the musical project that gave rise to Stoa for many years; this includes workshop-like performances at the Zurich club Moods, where all but the first track of this album were recorded live with the Ronin group in May 2002 (the remaining number coming from a Bern gig two days later).

Much has been made of the James Brown connection in explaining the appeal of Bärtsch's sound. In part this is due to the incredible drumming of Bärtsch's long-time collaborator Kaspar Rast. In the closing minutes of "Modul 16" on this live record, Rast really could be the double of the JBs drummer John "Jabo" Starks, the indelible funkiness of both deriving from the lightness of their touch. But there are at least two additional commonalities between the Brown and Bärtsch bands, and these musical strategies produce a strong frisson of excitement.

The first can be appreciated by listening to Brown's "Get On The Good Foot" (1972). One of the many remarkable things about this recording is that it features six or seven musicians and yet, at any given second, there appears to be exactly one musician playing. Every micro second, precisely one instrument; now the plucking guitar, now a stab of the horns, now the bass, now the drum beat, now the strumming guitar, and then it begins again. Never any empty space, never more than one instrument. The precision and the interlocking logic of the multiple parts is exhilarating, even a little dizzying.

That dizzying exhilaration, in part, stems from the remarkable sounds that musicians can achieve by cooperating, working together. This aspect of music delights us because it underscores the possibilities of collective action generally. Of course, this is true of any non-solo performance, but the JBs deliberately organize their performance of "Get On the Good Foot" to accentuate the ostentatious dexterity of their coordination. This ostentatious coordination is a fundamental feature of the Bärtsch sound, and nowhere in his catalogue does it seem more apparent than it does on Live.

A second musical tactic is what might be called post-modern syncopation. African-American music and its derivatives have always provoked pleasure by placing rhythmic emphases where they are not expected, and this is especially so in jazz. But now that musicians have come in on the two, on the one, and everywhere else, there are fewer opportunities to shock and surprise with beat placement than there were when Lester Young held the tenor chair in the Count Basie orchestra (Young's solos relentlessly play with our expectations of where the beat should fall).

Bärtsch, like Brown, deploys all kinds of more or less conventional syncopational strategies, but he also uses interlocking rhythms to challenge our very certitude about where the ground is upon which we should stand. Nowhere is this more clear, perhaps, than in the opening moments of "Modul 17," where a chiming, two-note figure that sounds like a xylophone is quickly surrounded by longer rhythmic figures. As with interlocking African percussion music, at some point the figures of different length realign; it's a mathematical process that sounds anything but abstract in practice.

As you listen, the music offers you several choices of a rhythmic ground (do I choose the 2/4, 3/4, 6/8 or other rhythm as the "true" meter of the composition?), in relation to which the other meters stand as potential alternatives or as baroque embellishments. You're not committed to your choice of meter—you can "switch" midstream and it feels a little like jumping from one to another of the rings of Saturn. The effect is liberating.

Finally, like the JBs, there's an additional element of pleasure that comes from listening to the Ronin band live. Though Bärtsch is adamant that all of his records feature no loops or dubs, there is nevertheless a looser-limbed live feel to the performances on this record, and that might come down to the time-honored dynamic that links the audience to the performers. Compare Bärtsch's solo version of "Modul 14" on Hishiryo Piano Solo (Ronin Rhythm Records, 2006) to the group version on Live. The short solo reading is based around an insistent and angry sounding repeated line in the lower register. In the comparatively spacious group version, however, that musical figure, tranposed to Björn Meyer's electric bass, sounds delightfully like a snippet purloined from the bass line of Bill Withers' "Use Me" (1972).

Interested readers can consult Budd Kopman's overview of the Bärtsch back catalogue and Paul Olson's interview with Bärtsch.