By GARETH THOMPSON
March 8, 2018
Sign in to view read count 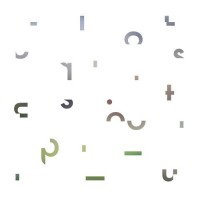 The night he was named Perrier Young Jazz Musician 2001, pianist Matthew Bourne gave a performance that rather set out his stall. Using stillness and eruptions in the mode of Ran Blake, with soundtrack samples from Willy Wonka, Bourne played like a man possessed. Since then he's left few tones unturned in the search for new auras.

Nightports is a series from UK-based The Leaf Label, where only sounds produced by the featured musician can be used. Most intriguing here is Bourne's choice of instruments, most of which were recorded at Besbrode Pianos in Leeds, West Yorkshire. To name just a few—a 1907 Bechstein Model E, a Ritmüller grand from 1922, and an unrestored Steinway Model A from 1898.

The nine pieces on Nightports were premiered live in Hull, when it was named UK City of Culture in 2017. Back then Bourne used three other artists onstage. For this album he goes it solo, but with overdubs, synthesised edits and the clattering of vintage pianos for percussive effect.

Nightports opens with a piece defiantly named "Exit," using dappled notes and rhythmic knockings to create a sense of urgency, yet also urging caution. "Window" offers placid ripples, as one background chord twinkles away like a lighthouse flashing. "White-Shirted" gets polyrhythmic and snappy, then tapers into something quite hair-raising. Next comes "This Trip" where the left hand mimics a wild heartbeat, whilst other fingers make sprinkles that tingle like nerve endings. It really is out of body stuff by this point.

Bourne grew up in the English countryside and a hushed mistiness has often pervaded his work. On two numbers here, "Annie" and "Over," a sense of longing is palpable. The pianist also seems to coax aloneness from his instruments—never more so than on "Fragile Years" where the keys sound muffled, as if dampened by time and neglect.

Much plucking of wire strings gives the feel of a child finding a piano in some cobwebbed cellar. We get the delight of conjuring sounds for sheer fun. At the same time this twanging lends an ethnic vibe, as if the piano has become an exotic folk instrument.

Things close out with the dark ballet of "Leave" and its alluring rhythms that only just synchronise. Hell, you could even dance to this piece, albeit in a rather scary way. All of which sums up the essence of Nightports—a visceral and classical work of great beauty. In finding stories for each piano used here, Bourne has created a narrative filled with quiet joy and reflection.

Exit; Window; White-Shirted; This Trip; Annie; Over; Look Me In The Eye; Fragile Years; Leave.