Nick Colionne: Making a Difference for the Future

By MIKAYLA GILBREATH
November 19, 2008
Sign in to view read count

Where I grew up, there were no mentor programs. You just tried to make it on the streets as good as you could. 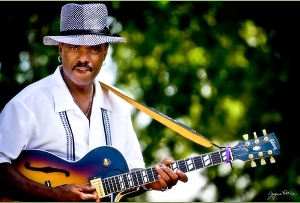 No one likes hearing dire predictions about the imminent demise of jazz as an art form. And yet it's hard to deny that jazz seems at times to be slowly fading into the background. The genre receives relatively scant airplay, and is frequently relegated to little more than footnotes in the annual Grammy awards show. Increasingly, jazz seems to be heard primarily as soundtracks for television shows, commercials and motion pictures. And we've all observed that most young people are seemingly no longer interested in jazz music, and that many kids don't even really know what it is. But perhaps most disturbing is the thought that those few young people who are learning about jazz frequently are doing so only from a historical perspective, as though it's already gone. A musical evolution seems to be pushing jazz to one side, in favor of rap, rock, and other more popular contemporary musical styles.

For more than twelve years now, Chicago-based jazz guitarist/vocalist Nick Colionne has chosen to actively do something about this problem. All but his most avid fans know Colionne solely through his public persona: a nattily-attired smooth jazz showman with a playing style that invokes comparisons to Wes Montgomery or George Benson. "I picked up a lot of George Benson's technique, just like I did with Wes, because I listen to him. I figure my style of playing is basically a potpourri of everything I've ever played and everybody I've ever listened to: George, Wes, Jimi Hendrix, Steve Vai, Eddie Van Halen, Joe Satriani—cats like that." 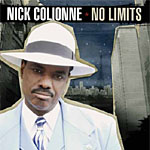 Some may be familiar with Nick Colionne because of his Top Ten hit "High Flyin'" from the CD Just Come On In (Three Keys Music, 2003) or his current hit "No Limits" from the album of the same name (KOCH Records, 2008). Others may have become acquainted with him through his nationwide American tour or his extensive involvement with the jazz cruise industry. But most fans don't realize that Colionne has spent more than a decade working with kids as young as five years old, not only for the sake of jazz but also for the simple joy he experiences by impacting a young person's life in a positive way. Colionne has found mentoring children to be both an effective way to create new jazz fans for the industry and an extraordinarily rewarding experience for himself.

Colionne started mentoring kids (in Kindergarten through eighth grade) in an effort to raise money for a local Chicago area school. "It all started when I was playing at a club in Elgin, and the Principal of the school was there." The Principal asked Colionne if he would consider performing at a fund-raiser to benefit the school. "I told her, 'Sure, I'll be glad to do that.' And I told her that I'd like to come by and meet the kids. First I did a seminar in the auditorium, and all the kids came down. And I just kind of fell in love with the kids, and vice versa I guess, because the next week the kids were sending me messages." When the school year ended, the students invited Colionne to attend their graduation ceremony. "I went back to watch the class graduate, and then I decided that I wanted to be a part of these kids' lives, and do what I can to help them out."

The following school year, Colionne committed to mentoring the children every other week. "We started putting talent shows together—the Easter pageant and Christmas shows, Christmas caroling at the senior citizens' home for those that are shut in or don't have anybody. It's just something that's really close to my heart.

"The music program was very small at the school and then was eventually eliminated altogether. I was bringing a lot of computer equipment to the school and synthesizers and things, to show the kids how it was done in the music business. And I started having the eighth grade classes write their own graduation songs. I taught them a lot about what I do—jazz. And we did some rock stuff, showed them how to create music and how to use today's technology using sequencers and computers, and how to put together a song."

Colionne has become more than merely a music mentor to some of the children. He has in some cases taken on the significance of a parent. "There are kids who need a father figure, so I'm there for them too—to talk to, to call when they've got a problem. And I try to help them work it out and keep them on the straight and narrow, not only in music but in life in general."

Music is a powerful thing. Through Colionne's efforts, jazz has brought together two generations in a mutually-rewarding friendship. Colionne and several of his now-grown students still keep their relationship going as strong as ever. "I've had students who went away to Iraq. I've had calls from the war, you know, just to talk to me. I feel like I touched their lives, just like they touched mine. I went to a wedding of one of the students last week and it's, like, 'Man, where's this time going? Wow, you're getting married already? I thought you were like fourteen!' For the last couple of years, all of the kids who've been graduating—I've known them ever since they started school, some since they started preschool! So the relationship is really close, you know. 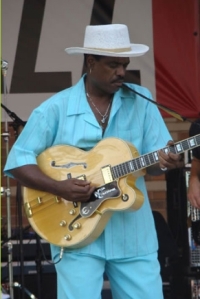 "There are a couple of kids who have bands, and they'll call me and tell me they're playing somewhere. And if I'm in town I'll try to go. I just feel so happy and proud when I see them up there and playing. I always try to be there for them. They know they can call me on my cell phone when I'm on the road. I like for them to know where I am all the time. They know, whatever the case may be, I'll be there."

One would think that someone who connects so well with kids might have had a mentor of his own, but that was not the case for Nick Colionne. "Where I grew up, there were no mentor programs. You just tried to make it on the streets as good as you could. I wish I'd had somebody there like that. But most of the time, even as a teenager, I was going on the road. So I just kind of learned what was going on, on my own."

Nick Colionne's own first exposure to jazz came from hearing the music of his stepfather, who listened to jazz and played it on his guitar. And, strangely, Colionne arrived at the decision to play guitar as a means of avoiding possible punishment. "I was messing with my stepfather's guitar, and he caught me!" Colionne quickly said that he wanted to learn to play guitar, for fear of other repercussions. "My stepfather was, like, 'You want to play the guitar?' And I was scared. 'Yeah! Yeah, I want to learn how to play.' So when I started, it was some kind of epiphany that this was what I was supposed to do.

"I started off playing jazz because that's what my stepfather played. But as I became a teenager, kids just weren't listening to jazz. They were listening to R&B and rock. So I started playing the music that my peers were playing. But I've always played more with a jazz edge on everything. When I decided to embark on my solo career, I figured I'd play the music that's closest to my heart—jazz."

It has been said that the music a person listens to as a child creates pathways in the brain that stay with him throughout his life, essentially predetermining the style of music he will find interesting or entertaining. If this is true, Nick Colionne has already become part of the solution by helping acquaint a new generation of musicians and listeners with the jazz art form. And in the process, he has enriched his own life and created relationships that will likely last a lifetime.

But not everyone is a musician and can affect the future of jazz through mentoring as Nick Colionne has. Others might wonder what they personally can do to help keep the flame alive and bring jazz to a new generation. Everyone can participate in the process by simply introducing children to the music at an early age, taking kids to jazz festivals and concerts, and by encouraging their involvement in jazz programs at their schools. We can also make contributions to support school jazz programs, which are increasingly being eliminated due to inadequate public funding. All of us can be a part of the solution in some fashion. And if jazz does ultimately become only a historical art form, at least we'll know that, like Nick Colionne, we made an attempt to keep jazz relevant and alive. 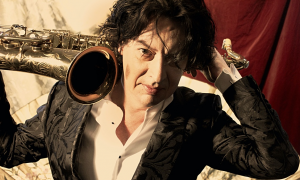 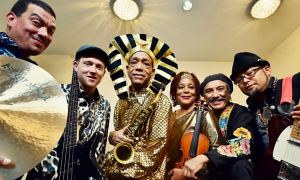