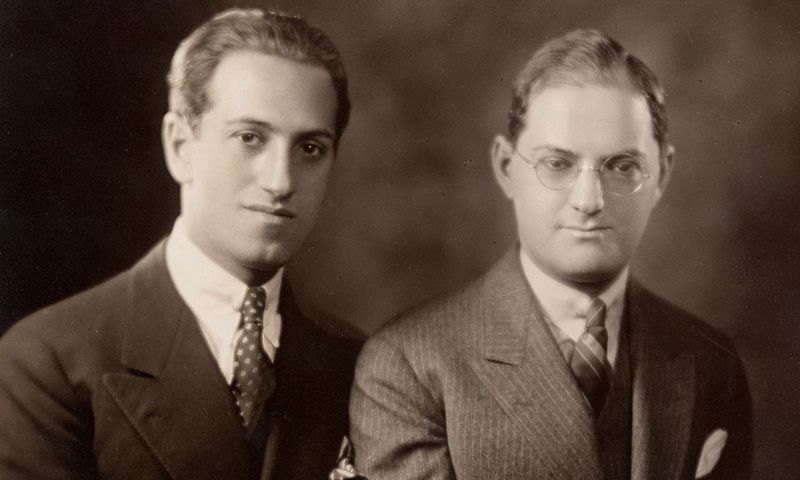 By TISH ONEY
April 24, 2017
Sign in to view read count
George Gershwin and Ira Gershwin represent a quintessential songwriting team laying claim to several early masterpieces included in what we now call the Great American Songbook. Representing the epitome of the "Jazz Age," they worked together from 1924-1937, creating no fewer than twenty-five full musical scores for performance in Hollywood and on the Great White Way. One of their many undisputed standards, "Nice Work If You Can Get It," beautifully balances clever lyrics with an interesting interplay of melodic and harmonic surprises. This song was written for the film, A Damsel In Distress, in which it was performed by Fred Astaire (with backup vocals sung by the Stafford Sisters), and was published in 1937.

Before we get to the head, we shall begin with the introductory verse which many singers unfortunately ignore. While verses from this era are often dated and less well-written than the songs they introduce, that is not true of this worthy lead-in. On a side note, both singers and instrumentalists would do well to: 1-research and investigate whether a Great American Songbook standard has an introductory verse, 2-learn it, and 3-make the call about whether or not to include it in their rendition from an informed and well-considered point of view, rather than take the easy road and omit it as a matter of habit. It is, after all, part of the whole piece, from the composer's perspective!

The twenty-bar verse begins with an interestingly disjunct melody that includes leaps, repeated tones, and stepwise motion. Its challenging melodic contour, requiring great pitch precision (consider the descending, arpeggiated, augmented triad at measure 10), may be the primary reason many singers avoid this rewarding introduction. The verse's phrases are two bars in length starting with a perpetually moving river of eighth notes, occasionally punctuated by a few quarter notes to ease the buildup of momentum. The intro has its own characteristic form consisting of antecedent (2 measures) and consequent phrases (2 mm.). Gershwin throws a wrench into this formula at mm. 7-11 where he inserts a four measure consequent phrase, already keeping his listener guessing... The next section begins with exactly the same melody as the first, but the end of the antecedent phrase goes into unexpected tonal territory, setting up another 4 mm. consequent phrase that masterfully and sensibly proceeds to tie up the intro very nicely.

Harmonically, the verse begins with a comfortable I-vi-ii-V7 which repeats and eventually winds around to a descending chromatic bass line followed by a ii-V7 back to tonic to begin bar 11. The second half of the verse begins like the first, with a single I-vi-ii-V7-I, but then, interestingly, turns toward tonicizing iii before a circle of fifths returns the harmony back to I.

Right out of the gate, the song disturbs and unsettles even experienced jazz ears. The head begins, not on tonic or even a diatonic chord, but on an augmented V7/vi at m. 21 that leads off a string of dominant seventh chords parading around the circle of fifths before a vii dim7/iii chord (m. 24, beat 3) leads the listener back to the diatonic iii chord. This puts the harmony back into original tonic territory. Since the form of the head is AABA,' these first eight bars of the head are repeated exactly (with different lyrics of course) to bring us to the bridge. The final bar preceding the bridge (m. 36) creates a modulation into the relative minor key. The tonality plays with this tonicized vi, and then a tonicized v (still minor). A i-vi-ii-V7 progression in the minor v then undergoes a modal shift from dominant seventh to minor seventh over the same root (mm. 42-43), bringing the harmony cleanly back to the original V7 of tonic... Of course, the delivery of the tonic chord is delayed because that was Gershwin's plan all along—none of the A sections begin on tonic, but on a string of dominant chords that eventually find tonic. "Nice Work if You Can Get It" assumes a harmonic structure that emphasizes the buildup of tension before a final cadential release on the eighth bar of each of the first two A sections. In the final A,' the tension is extended two bars longer (as is A' itself). This unconventional and unique use of tension, then more tension, then finally release, yields a song whose quality and originality remain undisputed.

While the melody of the introductory verse is rife with leaps of thirds and broken chords, that of the head remains mostly conjunct. This stepwise motion beginning at m. 21 also includes a bit of repetition in the melody of the A sections. At the Bridge, the melodic motion becomes disjunct, using leaps of thirds, octaves and fourths. The harmony has also modulated from major to minor here, so changes in melodic material and contour would be expected. Measures 37 and 38 begin a melodic idea which is permutated four bars later as a sequence stated a whole step lower (mm. 41-42). This is consistent with the harmony shifting down a whole step when comparing m. 37 to m. 41. Gershwin uses motivic repetition at mm. 49-51 ("if you can get it... and if you get it") to help facilitate a cadential extension that prolongs the tension even further, and delays the cadential release from V7-I. This compositional device elegantly reflects the long wait and growing anxiety of a person in search of love. Consistency and intelligent design are marks of the Gershwins' noteworthy (pun intended) works.

The opening verse lightly introduces the topic of "work," compares various motivations for this essential activity of life, and declares that the best work is that which is done toward the procurement and preservation of the enduring love relationship, IF the opportunity arises. That big "if" represents the entire premise of the song. The character singing the piece dreamily suggests scenarios shared by two people in love, stating that if one can get that kind of work (and you can if you put forth effort), it will end up being worthwhile. Following a series of such descriptions of this type of "work," the character confesses that he does not have it himself, and would appreciate some counsel about how he may obtain it. This eleventh-hour shift of the song's point of view from counselor to one seeking counsel is itself unusual, and contributes to the song's universality. Cannot we all relate to giving advice about things we may know little about? The vulnerability revealed in this about-facing text contributes greatly to its appeal.

Rhythmically, this text is delivered with much syncopation and careful attention to the natural flow of the spoken language. The Gershwins were masters of placing text precisely where it should be placed, with a bit of rhythmic interest to help it swing, while keeping it absolutely speech-like with proper emphasis in all the right places. Ira Gershwin quotes himself at the line "who could ask for anything more?" (mm. 42-44), which, of course, he stole from their earlier hit, "I Got Rhythm" (published in 1930).

The rhyme scheme is rather predictable, rhyming the last word every four bars. After each love scenario in the A sections is presented (each lasting four bars), Gershwin always follows with the song title and its corresponding statement of attainability (another four bars, except in the final A' section, where he extends it for an additional two), driving his point home three times by the end of the AABA' form. This architecture of reinforcing the song title throughout the piece, although not adopted by every standard writer, was an effective means of making a song memorable for the audience. The clever use of the word "work" as pertaining to the enjoyable activities lovers share also helped to create an attractive song both audiences and musicians have loved for nearly a century.

The effective meshing of music and lyrics is certainly in play throughout this gem of a standard. The alternation of disjunct and conjunct melodic motion among sections of the piece, coupled with prolonged harmonic tension and eventual release, create a piece that sparks interest all the way through. The addition of the quotation from "I Got Rhythm" precisely at the apex of the piece (the final phrase of the bridge) immediately catches the attention of the educated listener. The Gershwins do a brilliant job of fitting both music and text for very different roles at different points in the song. During the introduction, both music and lyrics create a backdrop for the story. During the first half of each A section, both reflect fantasies of love, far from the "feet on the ground" of tonic, followed by a more grounded admission of the worthiness of that work if love becomes a reality. The bridge explores different keys and modalities before delaying the final A' resolution to an almost intolerable degree, brilliantly displaying the difficulty one experiences when trying to be patient for love to finally arrive. Once again, the successful integration of masterfully composed lyrics and music prevails in the generation of an enduring work of art. 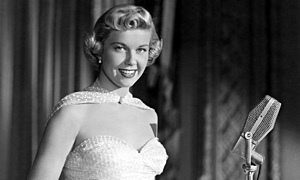