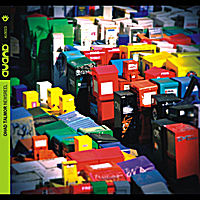 Tenor saxophonist Ohad Talmor was born in Israel, grew up in Switzerland, and now lives in America. Talmor started out on piano before switching to the saxophone while in the US. Over the years, he has assembled an impressive list of band associations. In Switzerland he co-founded Zounds Collective with trumpeter Carlos Baumann to experiment with and play a wide range of music. He later went on to collaborate with Steve Swallow and Lee Konitz among others and formed several groups including Newsreel.

Talmor has composed both jazz—played by Swallow and Brecker Brothers—and classical music, which has formed part of the repertoire of the Portugal National Orchestra and the Sao Paolo Symphonic Band. Understandably, he sees a connection between the two and has built bridges between them. But his interests take him even further. He takes different strands of world music and melds them seamlessly as "Tabla Suite" strikingly demonstrates.

Talmor gives the Middle Eastern melody an ethereal presence with his intonation. He is the lone voice casting a spell until drummer Dan Weiss adds a silvery shadow with his brushes before he breaks into a spot on konnakol (South Indian vocal percussion). Trumpeter Shane Endsley gives the groove momentum as he deftly adds complexity and shapes a new dimension. The tune bristles and burns bright before it gets into the comfortable nook of Hindustani music to leave behind a memorable encounter.

"Belem" is a translucent ballad with an air of classicism floating through it. The gentility of the melody is wrapped in the mellow tone of Talmor who incorporates astute changes as he develops the theme. Pianist Jacob Sacks opens up a slew of bouncing ideas, nodding to the harmony with some emphatic interjections.

The band honors the jazz standards with a particularly strong version of "Background Music." Talmor is at home driving the bebop pulse with Weiss pushing the rhythm. He captures the soul of the composition with some fine support from Sacks and Endsley.

Talmor's Newsreel is composed of vivid soundscapes that merit revisiting.