Home » Jazz News » YouTube's Feed Evolution and Why It Matters

YouTube's Feed Evolution and Why It Matters 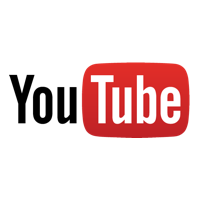 Having been welcomed into the world way back in 2005, YouTube has naturally undergone some changes over time, but of all these changes, the evolution of its feed is perhaps the most important, particularly when it comes to being a artist looking to reach fans via the platform.

Guest post by Jenna Wasserman, Rights Management Coordinator at The Orchard from The Daily Rind

Since YouTube was founded in 2005, it has been transformed from a simple search engine into a website that’s completely personalized and based on user behavior. YouTube has grown through numerous experiments and re-designs by expanding itself into the world of artificial intelligence. But, of all the important achievements that YouTube has made, the evolution of the feed is by far the most noteworthy.

When YouTube first became popular, it was essentially a site that offered an easy way to embed videos onto other websites. Initially, the site mass manufactured for all without any flare of personalization and didn’t engage with consumers in a way that would increase views. However, as the site grew and developed, it became a place where you could find viral videos or even clips from your favorite television show. Aside from Wikipedia, YouTube is one of the most visited websites and has become engraved in the new millennial culture. And, as a result, watch time has increased dramatically with the site’s super accurate recommendations.

Over time, YouTube has tested multiple methods to increase engagement and drive users to its videos. The company bought professional equipment for creators, completely redesigned their homepage and introduced features like “leanback,” which allows users to queue videos ahead of watching them. Although improvement wasn’t overnight, YouTube finally learned that the number of clicks on a video was less important than how long people spent watching.

When using the YouTube App on your mobile device, what is the first thing you see? In the past, channels used to dominate YouTube’s homepage feed. However, now there’s a variety of videos customized specifically to your viewing behavior. The application opens to a feed featuring a set of videos that are customized specifically to your interests. These aren’t just videos of channels you’re subscribed to, but also channels that you’ve likely never come across before. According to Jim McFadden, the technical lead for YouTube recommendations, “We also wanted to serve the needs of people when they didn’t necessarily know what they wanted to look for.”

But how was YouTube able to customize its feed?

Using Google Brain, the company has applied machine-learning techniques to find super accurate recommendations for its users. Brain uses an approach known as ‘unsupervised learning,’ where its algorithms can find relationships between different sets of data. It’s able to see patterns for viewers that are not often obvious. The best part is that these behavioral patterns can be deciphered within minutes or hours, when in past years, it took days for a user’s behavior to be incorporated into future recommendations.

YouTube’s feed has completely revolutionized the world of online videos, providing users with an ever-improving platform personalized to each user. According to YouTube Product Manager Todd Beaupre, “There’s stuff that’s closely related to what you already liked, and stuff that’s trending and popular. But in between, that’s the magic zone.”