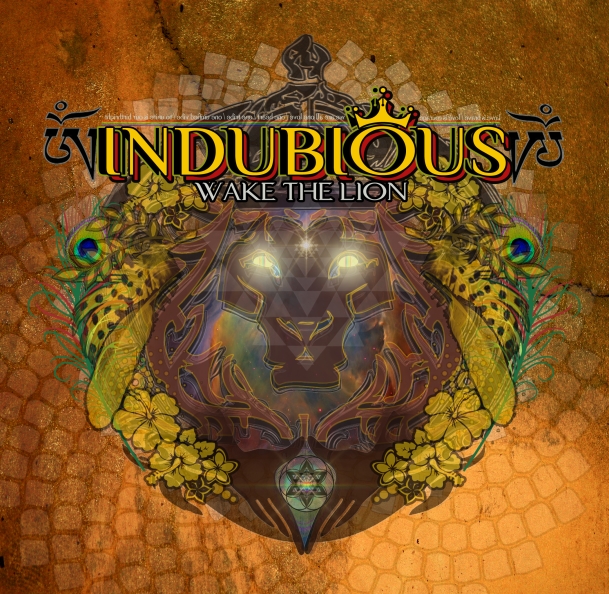 Ashland, OR: Oregon based roots-rock, power trio Indubious is set to release their groundbreaking new 11-song album Wake The Lion nationally on September 24th, 2013. The album features a dazzling remake of the classic Peter Gabriel song “Sledgehammer”. Wake The Lion was produced by renown electronic – dub musician GAUDI. The album features a progressive genre bending sound they have dubbed “RootsTronica”—an eclectic mix of Roots Reggae, Dancehall, Progressive Rock and Electronica, The early response to the music has been phenomenal, as the band it to the three finalists in the national Marley’s Music Uprising Band Search Competition behind the strength of the album’s debut video & single “Seventh Generation”.

Wake The Lion is generating a huge buzz regionally and is poised to break out nationally and the band will be setting out September 26 – November 7 on the 18 date 'Wake The Lion Tour'.

Fronted by brothers Evan “Evton B” Burton (keys & vocals) and Spencer “Skip Wicked” Burton (bass & vocals) and backed by drummer Matty T. Wells, Indubious spins out an awe inspiring live show that drives audiences towards a higher state of being. Although slowed by illness in 2011 (Both brothers were diagnosed with a degenerative disorder known as Cystic Fibrosis leading to Evan needing a double lung transplant in 2011) the band has rebounded with a very productive 2012-13 touring season that featured performances at many of the nation's most prestigious festivals including: Sierra Nevada World Music Festival, Reggae On The River, Beloved, Gathering Of The Vibes, Brit Fest, Benbow Summer Arts Fest, The Oregon Country Faire, Northwest World Reggae Festival and Gaia Festival.

In a few short years Indubious has made a huge impact on the West Coast’s conscious music scene. Indubious has released two self- produced critically acclaimed albums 'Fresh Leaves' (2008) and 'Cosmic Seed' (2010), which debuted at #28 on the CMJ charts “New World” category and was the #1 most added album at the time of release. The band won KTVL Oregon’s Last Band Standing Competition, and has shared regional stages with such notable touring acts as Ziggy Marley, Matisyahu, Michael Franti, Blondie, Luciano, GAUDI, Junior Reid, Pato Banton, Groundation, Rootz Underground, and Prezident Brown.