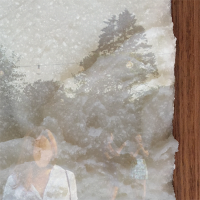 The recording with Hersch, a key mentor for Lugerner, is just one of several exceptional projects that the 26-year-old has on tap this summer. He joins forces with alto sax legend Charles McPherson on a June 5 program produced by Palo Alto Jazz Alliance at the Mitchell Park Community Center in Palo Alto.

“When I was in New York I got really interested in writing for a larger ensemble,” Lugerner says. “These pieces are very influenced by Maria Schneider, John Hollenbeck, John Zorn, and composers like Steve Reich, John Adams, and and Nico Muhly.”

Honoring the storied drummer Tootie Heath is the motivation behind several concerts by the Richard Sears Sextet, which performs June 11 at the Blue Whale in Los Angeles and June 12 at Piedmont Piano in Oakland (this band will then record at Fantasy Studios). Lugerner was part of the ensemble when it premiered Sears’s suite designed to showcase the drum maestro last year, and he’ll be contributing on bass clarinet and alto sax with Patrick Wolff on tenor sax, Kirk Knuffke on cornet, and Heath himself on drums.

“Richard wrote this suite specifically with Tootie in mind, and he did an incredible job writing something that is simultaneously adventurous and that draws from the tradition,” Lugerner says. “There’s a lot of seriousness in that music and a lot of joy, and Tootie embodies that whole ethos.”

Lugerner recorded Gravitations Vol. I in 2013 with guitarist/banjoist Angelo Spagnolo, and the concept for the project flowed from some of the free improvisation practices that Lugerner learned from Hersch in 2008 as part of a Carnegie Hall Foundation workshop (so it’s hardly surprising that he sought the pianist out for an encounter). He recorded Hersch early one morning at his Soho apartment in the spring of 2013, looking to capture the first music that he played that day.

“The idea is to record the first few phrases or gestures that come out involuntarily, whatever your hands or brain gravitates toward,” Lugerner says. “I’ll take eight or maybe ten minute-long snippets, transcribe them, and then I orchestrate woodwind parts on top of the original layer. Sometimes I’ll do an exact orchestration of what they’re doing, and other times I’ll harmonize parts on top.”

The resulting music is unlike anything else in Hersch’s extensive discography of duo encounters. Familiar but strange, Gravitations Vol. II is a beautiful and intimate conversation which distills something essential about Hersch’s music, turning his building blocks into sturdy but fanciful and self-contained edifices.

Born (May 20, 1988) in Redwood City and raised in Burlingame, just south of San Francisco, Steven Lugerner moved to New York in 2006 to attend the New School for Jazz and Contemporary Music where he graduated with honors four years later. He moved back to the Bay Area in 2013 to take a position at the Stanford Jazz Workshop and has maintained a bicoastal presence ever since.