With a Mix of Rock, Jazz and Blues, Reverend Zen Wins Artist of the Year at the Los Angeles Music Awards 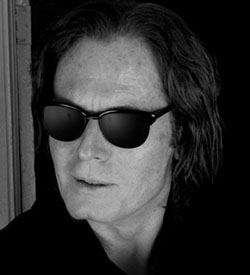 Creating quality music takes time and patience - even if it doesn't always sound that way when we are inundated by commercial music played over and over on the radio. “I hear too much music that sounds like a first draft," said Jack Evans of Katonah, who recently won artist of the year at the Los Angeles Music Awards.

Mr. Evans or Reverend Zen, along with the studio musicians who helped him put together the winning CD, could never be mistaken for that type of artist. Angel, Blues and the Crying Moon, which he describes as a mix of rock, jazz and blues, was 10 years in the making but his take on the difficult, patient work of rewriting and perfecting is probably what separates him from the repetition.

“It's kind of fun," he said, which is what he wishes he could say about the business of now promoting his work. Weird, almost like office work is how he describes it and he's proven a knack for successfully navigating through the competitions that require more than just having the talent. “Sometimes, it's just investigating the stuff as much as possible," he said.

2006 Finalist for VH-1 Song of the Year and honors at the 2007 Billboard World Song of the Year Contest and the UK's Singer-Song Writer Awards have all put Reverend Zen on the map but not quite taken him off the teaching track. With a Composition degree from the Berkeley School of Music, Mr. Evans gives both private lessons and has worked part-time as an adjunct music teacher at Fox Lane, Edgemont and Scarsdale. It still remains his main source of income - despite the awards and the money his CD is now bringing in.