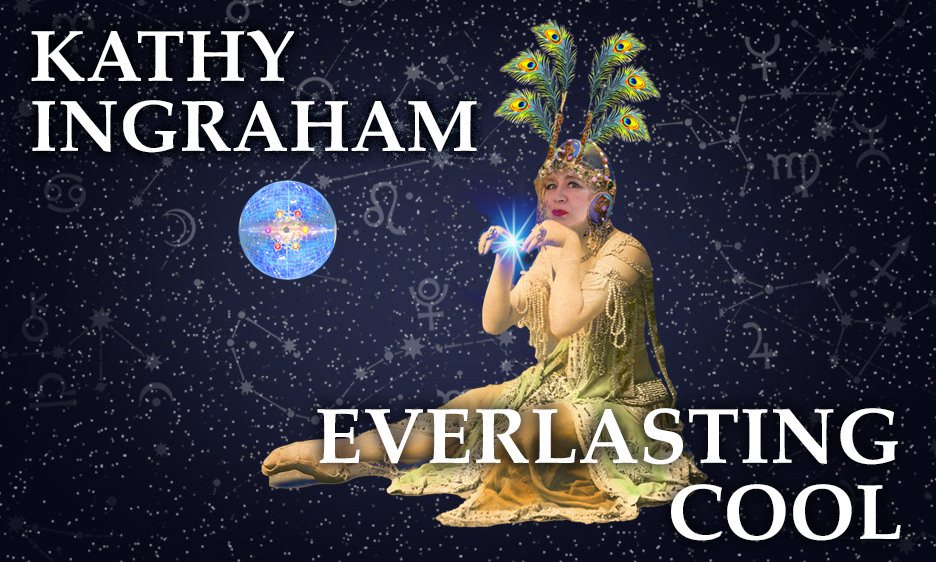 Kathy Ingraham’s new album 'Everlasting Cool' is a winner with Kathy’s takes on tunes you know-but have never heard like this! Kathy is a full throated, emotional singer, with a lot of chops and soul interacting on one another.....'Everlasting Cool' from beginning to end…with a few left turns into some hot territory too.
—Randy Brecker

Out of this world jazz vocalist and composer Kathy Ingraham returns with the release of her third solo album, Everlasting Cool. Adding to the catalogue of her debut album Cool Night (2017) and follow up album Paper Doll (2020), which are comprised primarily of original works, she wanted to pay homage to the artists who have inspired her as a composer.

Maintaining the style that is uniquely her own, Everlasting Cool is her loving interpretation of some favorite jazz standards. The album also features one original composition, “Cyex & Alcyone.” Always achieving a rare level of authenticity, Ingraham has been compared to a wide range of artists, including Kate Bush, Bjork, Eva Cassidy and even Kurt Elling. Speaking wisely from her decades long experience in music (and in life), Ingraham laughingly credits her at-once powerhouse and sensitive vocal abilities to “embracing her own limitations.”

She is most recently known as the voice that sang Johnny Depp off into the dark night with “Little Things” in the 2019 movie The Professor. As a result of an organic outgrowth of her fan base, her music has been embraced internationally and is now playing in over 90 countries. A true renaissance woman, Ingraham studied voice at Berklee, is a published poet and also holds degrees in Psychology and Gerontology.

Her new release, Everlasting Cool, features exciting collaborations with some of her most talented contemporaries. This “real deal, serious talent,” as she calls them, includes Clifford Carter (piano and arrangements), Randy Brecker (trumpet and flugelhorn), Steve Pearce (double bass), Joel Rosenblatt (drums), William Galison (harmonica), Peter Sachon (cello), and Evan Christopher (clarinet). These conversations, in the universal language of music, have been particularly precious to Ingraham and her collaborators as of late, “no matter the social distance, the music reaches out and effects each of us intimately."