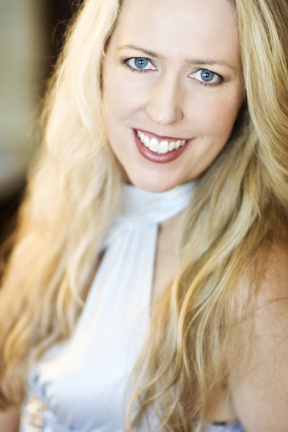 slideshow
Allison Adams Tucker, the California-based multi-lingual jazz vocalist, will perform at the Blue Note Sunday Brunch in New York City on January 17, 2016 for two sets at 11:30am & 1:30pm. Tucker will be previewing selections from her upcoming album WANDERlust, as well as presenting a program of Brazilian-infused jazz tunes that she sings in six different languages. Her New York appearance is timed to coincide with the annual JazzConnect and APAP Conferences that week as she showcases her music to the international performing arts and jazz industry communities, as well as the general public.

Tucker has traveled widely and has lived in Japan and Spain. Her music reflects her passion for world cultures, adopting the rhythms, melodies, and lyrics of Brazil, Italy, France, Latin America and Japan. Tucker takes her audiences on a musical journey around the world while broadening the jazz genre in new and unexpected directions. Her voice has been called, “supple as silk and smooth as cashmere” (eJazz News) and “soft as twilight and as enchanting as twinkling stars" (AXS).

Her show at The Blue Note will feature a stellar group of musicians, including Mike Moreno on guitar, Marco Panascia on bass, and Mauricio Zottarelli on drums. Special guests include flutist Lori Bell, two time winner of the Global Music Awards, and Brazilian phenomenon Chico Pinheiro, who was elected for “Best Latin Jazz Guitarist of the Year," “Best Brazilian Jazz Album of the Year," and “Best Latin Jazz Composition of the Year," at The LATIN JAZZ CORNER-USA's Poll. For Tucker, this performance is the culmination of the musical relationship she began with Pinheiro eight years ago when she met him at California Brazil Camp in Northern California.

Tucker is a native of San Diego. WANDERlust, her third CD, will be released in early 2016. It was produced by Matt Pierson, whose discography is a virtual Who’s Who of contemporary jazz, and backed by a first-rate band that includes Los Angeles pianist Josh Nelson, saxophonist Chris Potter, drummer Antonio Sanchez, bassist Scott Colley, guitarists Mike Moreno, Romero Lubambo, and Stephane Wrembel, and percussionist Rogerio Boccato.

As a session artist, Allison's voice can be heard on national commercials and on the video game The Saboteur soundtrack, singing French jazz in the company of Nina Simone, Ella Fitzgerald, Madeleine Peyroux, and others. The success of the game has garnered Tucker a cult following by the gamer audience, which made her interpretation of “La Vie En Rose" one of the top downloads on iTunes, Pandora, and Spotify worldwide. Allison regularly entertains audiences around the US and in Japan, Europe, and Mexico.