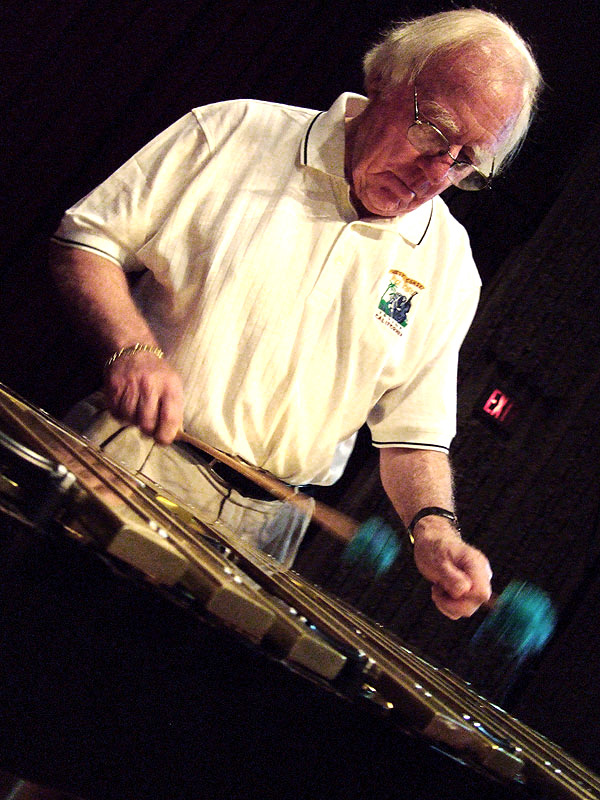 slideshow
This week, jazz lost two artists who made substantial contributions to the music. The vibraharpist Peter Appleyard was one of Canada’s best known jazz musicians. Laurie Frink was a New York jazz community insider, honored as a masterly lead trumpeter, revered as a teacher. Born in England in 1928, Appleyard moved to Canada in his early twenties, established himself in Toronto’s jazz community and became a popular figure on Canadian television. He toured for nearly a decade as a featured soloist with Benny Goodman’s band. Go here for an obituary.

Ms. Frink, born in 1951, excelled as a trumpeter and as a teacher of trumpeters. In addition to her jazz brass section work with Benny Goodman, Maria Schneider, Gerry Mulligan, the Thad Jones-Mel Lewis band and other bands, she was in demand in the orchestra pits of Broadway. Among her students were Dave Douglas, Randy Sandke and John McNeil. Nate Chinen’s New York Times obituary of Ms. Frink quotes Douglas as saying that getting together with her “was like a combination of therapy, gym instruction and music lesson.” To read the article, go here.

The gain: Bill Kirchner is going back on the air as a part of the Jazz From The Archives program originated by WBGO-FM in Newark, New Jersey, and streamed on the internet. After Kirchner’s move across the river to New York, his transportation needs resulted in his leaving the show in January. As he explains in his announcement, that situation has changed. His first program of the new era is about a splendid singer seldom heard these days:

Well, with a lotta help from two engineer friends, I’m back in the broadcasting saddle again. Recently, I taped my next one-hour show for Jazz From The Archives. Presented by the Institute of Jazz Studies, the series runs every Sunday on WBGO-FM (88.3).

Mary Ann McCall (1919-1994) is one of the nearly-forgotten great jazz singers. She had her greatest moment of fame in 1948-1949 with Woody Herman’s Second Herd. She then recorded four obscure albums before spending the rest of her career in Los Angeles, bartending and occasionally singing in airport lounges.

To fill out the hour, there will be two selections by the fine jazz-influenced cabaret singer (and Benny Carter protégée) Felicia Sanders (1922-1975).

The show will air this Sunday, July 21, from 11 p.m. to midnight, Eastern Daylight Time.