Maximize your visibility at All About Jazz by upgrading your musician page from standard to premium. With it, you'll receive All About Jazz home page exposure, a highly stylized / ad-free musician page with bonus features and benefits, an ad, plus you control where you sell your music and so much more.
Learn More
53

SOURCE: TWO FOR THE SHOW MEDIA
January 22, 2012
Sign in to view read count 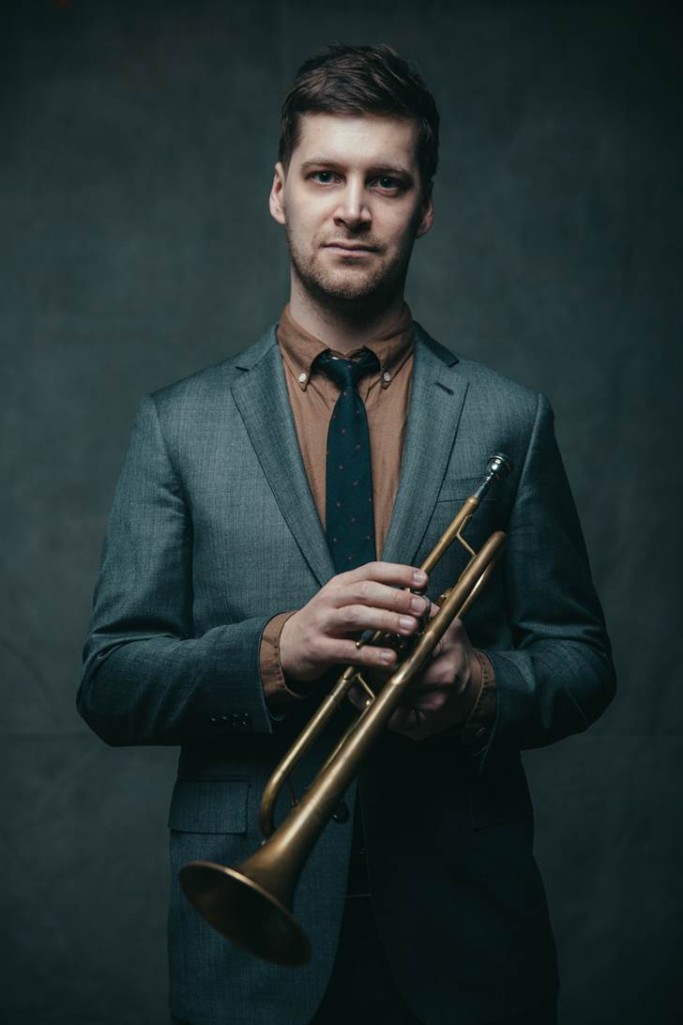 slideshow
"A dynamic and soulful musician, both as a trumpet player and a composer. John Raymond uses his knowledge of the jazz tradition to forge a style that honors the masters of our music as well as being creative, unpredictable and compelling. John has a unique voice, and he is definitely saying something that is worth listening to." —Jon Faddis, World-Renown Trumpeter & Educator

“John is among the more expressive and inventive of the young cats on the scene now." —Scott Wendholt, Trumpeter (Vanguard Jazz Orchestra)

On first listen, John Raymond's Strength & Song projects a level of sophistication and maturity that would suggest the recording was made by an artist who has spent many years fine-tuning his craft. So to learn that this young trumpeter and composer only graduated college in 2009, and that Strength & Song is his debut recording, comes as a shock to the system. It's no wonder that Jon Faddis, an iconic trumpeter, composer and educator in his own right, co-produced the album with Raymond—it takes one giant to know another!

John Raymond has been working toward this moment since he first put a trumpet to his lips while growing up in Minneapolis. A finalist in the 2009 National Trumpet Competition, Raymond—who moved to New York after graduating from the University of Wisconsin-Eau Claire, where he was a member of the 2009 Downbeat Award-winning UWEC Jazz Ensemble—has already performed at many of the nation's top jazz venues, including Dizzy's Club Coca-Cola in New York, Dakota Jazz Club in Minneapolis and Jazz Showcase in Chicago. He has toured internationally in the Dominican Republic, China, the United Kingdom and Ireland and arranged and recorded horns for three Grammy-nominated songs by R&B artists Ann Nesby and Calvin Richardson. He has also performed with such high-profile jazz artists as John Abercrombie, Chris Potter, Maria Schneider and Lewis Nash.

But even knowing that he arrives bearing such an impressive résumé isn't adequate preparation for the wealth of riches found in Strength & Song. Featuring 11 tracks, most written by Raymond, the album finds the trumpeter in the company of four highly complementary accompanists: rising-star guitarist Gilad Hekselman, pianist Javier Santiago, bassist Raviv Markovitz and drummer Cory Cox. The brilliant pianist Gerald Clayton sits in on two tracks, Tim Green contributes alto saxophone to two more, and Raymond and Zac Martin offer up a fascinating, poetic dialogue over the band's backing in the finale, “Psalm 37: Anthem."

John Raymond's hybrid sound draws from jazz, rock, hip-hop and pop influences to produce emotionally engaging music with affecting, memorable melodies. From the opening track, the intriguingly titled “Already & Not Yet," it's apparent that the compositional and performance chops of Raymond and the band are highly developed. Raymond navigates the post-bop changes masterfully, turning out strong melodic phrases at each turn and leaving plenty of room for the others to blow. The following track, the melancholy ballad “Onward" (featuring Clayton), turns the mood around completely while continuing to showcase the musicians' innate interconnectedness stunningly. Each successive track, from the edgy/funky “The Rock" to the introspective take on the traditional “O Come, O Come Emmanuel" to a spirited interpretation of Joe Henderson's “Isotope," adds a new color to the canvas that is Strength & Song.

“John's music has grown layers, his book increasingly diverse," wrote JazzPolice.com. “It's about witnessing the joy of creation and sharing that joy." Now, with this stunning debut recording, all of the joy will finally find its way into the world.

John Raymond—New York based trumpeter, composer, horn arranger, and educator—is an up-and-coming artist that is well on his way to becoming a major force in the music industry.

A finalist in the 2009 National Trumpet Competition, John has performed as a leader and sideman at many of the nation's top venues including Dizzy's Club Coca-Cola (New York, NY), the Dakota Jazz Club (Minneapolis, MN), the Jazz Showcase (Chicago, IL) and the Blue Note Jazz Club (New York, NY). In addition to performing throughout the United States, John has also toured internationally to the Dominican Republic, China, the United Kingdom & Ireland. John has also distinguished himself as an elite horn arranger, evidenced by the three Grammy-nominated songs that he has arranged and recorded horns for (by R&B artists Ann Nesby & Calvin Richardson, respectively).

Upon moving to New York City in 2009, John completed a Master's degree from SUNY Purchase where he studied with Todd Coolman, John Abercrombie, and Hal Galper among others. In June 2011 John recorded his debut album “Strength & Song." Produced by legendary trumpeter Jon Faddis, the album features many of John's original compositions as well as a cast of New York's finest up-and-coming jazz musicians including pianist Gerald Clayton, guitarist Gilad Hekselman and alto saxophonist Tim Green. “An impressive debut recording with great writing and playing...John is a very talented trumpet player and composer with a great future ahead of him." (Jon Gordon, saxophonist)