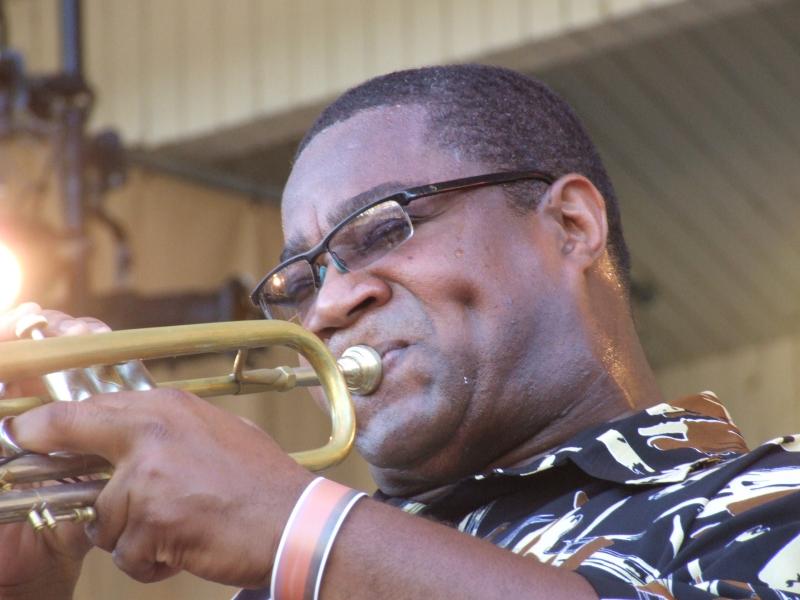 slideshow
Given the mastery exhibited by Pharez Whitted as a trumpeter, composer, and bandleader on his forthcoming CD Transient Journey, it's difficult to believe that the disc is only his third in a long and active career. But the CD, due from Owl Studios on April 13, heralds the dawn of a new era for the Chicago-based musician/educator: Whitted has arrived as a major jazz recording artist.

“I'm especially happy to see this new record from Pharez because of how strongly I feel about him as a trumpet player and musician," says guitarist Bobby Broom, who plays on the new CD and co-produced it with Whitted and engineer Gary Mielke. “I really admire how he's been able to channel all the trumpet greats that came before him to wind up at his own powerful, distinct, and recognizable sound and style.

“Pharez's follow-through on his musical vision--including the creation of these great compositions and the assembly and direction of this group--and the culmination in Transient Journey, is something that I'm proud to be a part of," says Broom. “And just wait till people hear this group live!"

Throughout his long-overdue third CD (he previously recorded a pair of albums in the mid-1990s for MoJazz, a Motown subsidiary), Whitted displays his remarkable command of the trumpet and his broad scope as a composer. Both are firmly rooted in the post-bop tradition associated with players like his late friend Freddie Hubbard.

In fact, CD annotator Neil Tesser observes that “Throughout the album--throughout all of Pharez's music, really--the spirit of Freddie Hubbard hovers nearby. . . . [Pharez Whitted] honors the late giant with his combination of intensity and technique, spank and sparkle, and that hot-cider tone."

It was through his large and musically accomplished family that Whitted, 49, first encountered Hubbard and his music. Pharez's parents--drummer Thomas Whitted Sr. and singing bassist Virtue Hampton Whitted--had been members of a jazz orchestra called the Hampton Band that also included five of his uncles (trombonist Slide Hampton among them) and three of his aunts. His three older brothers are musicians, and one of his sisters a singer. His father played drums with Hubbard in the 1950s, before the trumpeter moved from Indianapolis to New York.

Pharez went on to earn a master's in jazz studies at Indiana University, studying with David Baker. He signed with MoJazz in 1994 and recorded two CDs, but found himself at odds with the label with respect to musical direction. “I was hearing something else," he says now. “We musicians reject the fact that the commercial world is forcing us to do something, but then the jazz world is trying to force us to do something else again. The music you play should be something people want to listen to. I try to live down the middle. That's where the music usually comes from, and that's where I am.

“Some jazz musicians say 'This isn't enough,' and the commercial world says 'This is too much,'" he continues. “But I've always believed: be yourself. Motown didn't allow me to do that, and that was my frustration. Owl seems to be pretty free, 'Do your thing, let's roll with it.'"

Since becoming Chicago State University's Director of Jazz Studies in 2001, Whitted has immersed himself in the city's vibrant jazz scene. He's played with, among others, legendary saxophonists Ari Brown and Von Freeman, and for the past six years he's been a member of the 17-piece Chicago Jazz Ensemble led by Jon Faddis. He formed his own sextet four years ago and finally overcame his reluctance to record. The result is Transient Journey.

Whitted plans to feature the music of the new CD with his band at several upcoming shows, including the Jazz Kitchen in Indianapolis, 6/11-12; and the Green Mill in Chicago, 6/25-26. He's also planning to do some writing this summer. “Not sure what the configuration is gonna be," he says. “It could be different, but it'll be me, with new music."

One thing's for sure: henceforth, he'll no longer be a stranger to the recording studio.