Adamo is like a beatnik who’s arrived 60 years late, but his music really swings and his words celebrate jazz as a kind of urban-life philosophy. —Ed Kopp, JAZZIZ Magazine 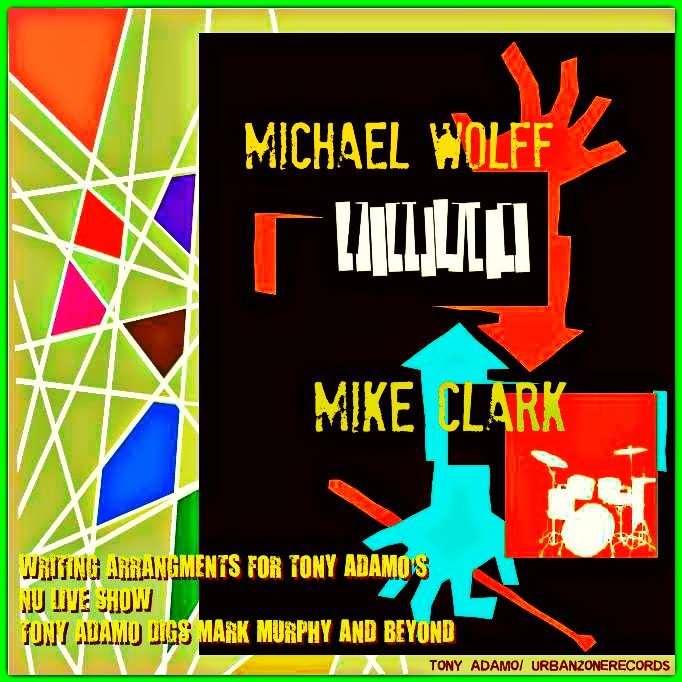 slideshow
Tony Adamo will be in New York in early April rehearsing with Mike Clark and Michael Wolff, of Wolff & Clark Expedition. New York photographer Fran Kaufman is scheduled to do the photo shoot. Clark has been Adamo’s music producer on two previous releases, Miles of Blu (2013) and Tony Adamo & The New York Crew (2015), and the newest unreleased CD, Tony Adamo and The NYC Commission. Wolff has previously written songs and arrangements for Adamo's music releases. This rehearsal is in preparation for Adamo’s live show. If you are interested in booking Tony Adamo Digs Mark Murphy And Beyond , along with Mike Clark and Michael Wolff, contact Tony Adamo via email.

Wolff & Clark Expedition 2, is listed in the Downbeat Readers' Poll, 2015 as one of the “Best Albums" of the year!" Click here to read the interview with Michael Wolff & Mike Clark talk about their latest “Expedition."

“Now let's get this out at Bar One: Tony Adamo, like Beluga caviar, is indeed and indeed an acquired taste. The prophet and proponent of “hipspokenword," his is a unique oral gumbo of supremely involving lyric, funky jazz talk, historical tilt, cultural commentary, and no-jive lingo. And on this effort (Tony Adamo & The New York Crew), it is all infectiously served up over a bed of meticulously played white-hot jazz. As hip and talented as Adamo is, the supporting ensemble is as muscular and swinging as its leader. Drummer Mike Clark, he of Headhunters fame, pushes this group rhythmically to extremes. Pianist Michael Wolff stretches out neatly at every corner and bassist Richie Goods drives things like a mad trainman. The front line horns of saxophonist Donald Harrison and trumpeter Tim Ouimette (who wrote the music and horn charts) are as swinging, funky and free as the Big Apple itself ("Buddhist Blues" “To Bop or Not to Be"). They cook hotter and with more intensity than a roomful of Cul-school white hats".—Nicholas F. Mondello, All About Jazz. (read entire review)

“The killin’ist thing about Tony Adamo & the New York Crew is that everybody in the band, especially the dope rhyme sayer, has got big ears all the way back to New Orleans and ancient-forward into the ever-evolving Multi-New Thing" (read more)