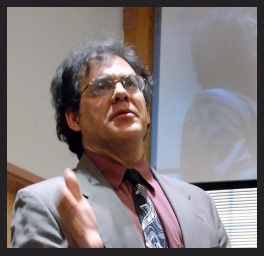 slideshow
Jazz Bridge in Old City Philadelphia! presents pianist Tom Lawton, appearing at the Arch Street Friends Meeting House — 320 Arch Street in Philadelphia, 19106 — on Thursday, February 21st. Showtime is 7:30 p.m. and tickets are $10, $5 for students, and are only available at the door. Information: 215-517-8337.

Tom Lawton is one of the area’s most in-demand and most inventive players, composers and teachers. Lawton studied extensively with the famed French piano legend Bernard Peiffer, and is among the few pianists working today who can truly, when the mood strikes, evoke the Peiffer spirit. Deservedly renowned for his technique, Lawton is an imaginative, thoughtful, inspiring and often exciting improviser, as much at home with straight-ahead jazz as he is with free jazz. His two-CD set from a few seasons back, Retrospective/Debut, featuring originals and jazz classics for duo, trio, quartet and quintet, remains a critically acclaimed landmark. Tom Lawton will be accompanied by drummer Alex Maio and Josh Machiz, and the group intends to perform something special: Lawton’s seven-movement suite Seven Vignettes from Broad and Lombard, written for a Community Partners Grant via the American Composers Forum, inspired by a residency at the Philadelphia Senior Center. Seven Vignettes came about via Lawton's pairing with the Senior Center for their 60th anniversary. He spent two weeks there, talking to the people there about their lives, passions and relationship to music. The movements within were inspired by their experiences. The Tango Movement, for example, was inspired by a man who began dancing the tango in his eighties. Darwinian Swirl was inspired by a painting titled Darwin, admired by a woman at the Center who spent most of her time in the art studio. And Lawton's gospel movement was, appropriately, inspired by the Center's gospel choir. Like the playing of Tom Lawton, Seven Vignettes will no doubt be an inspired, spirited and significant work.

Jazz Bridge is a Philadelphia-based non-profit organization dedicated to assisting area jazz and blues musicians in need. The Jazz Bridge in Old City Philadelphia program is one in a series at this venue, along with four other area locales. For more information, visit Jazz Bridge.