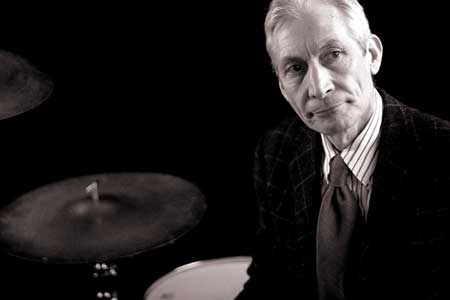 slideshow
Rock has a history of selling drummers short. Four others overlooked:

One of the greatest “feel" drummers in rock, grounded The Rolling Stones with a world-class backbeat and swung with a jazz-informed groove. Get Off of My Cloud, Honky Tonk Women and Satisfaction succeed, in large part, thanks to signature beats conjured by Watts.

Blaine laid the foundation for the soundtrack of the '60s in Los Angeles studios with The Beach Boys, the Mamas and the Papas, Frank Sinatra, Elvis Presley, Phil Spector's “Wall of Sound" and countless others. Though Blaine is considered the most recorded musician in music history, with 35,000 recorded tracks to his credit, his is hardly a household name.

Drove Sly & the Family Stone and paved the way for the fusion of rock, soul and jazz. His solid, funky beat and machine-gun snare rolls are trademarks of the electrifying backbone he provided for Sly & Co.'s groundbreaking music.

Gordon was one of the top session drummers in the '60s. After backing the Everly Brothers in 1963 at age 17, was a member of Derek and the Dominoes, where he had the good fortune to co-write the song “Layla" with Eric Clapton. Gordon also played with John Lennon, George Harrison, Frank Zappa, Traffic, Delaney & Bonnie, Joe Cocker, Leon Russell, and Jackson Browne.