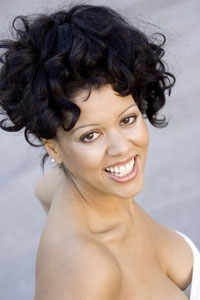 slideshow
The RRazz Room, San Francisco’s premier nightclub, will welcome back KIM NALLEY – awarded “Most Influential African American in the Bay Area” – for a special two week engagement from July 11 to 22. Ms. Nalley is already being called “legendary" and “San Francisco institution." With an international reputation as one of world's best jazz and blues vocalists, she is known for her ability to turn a chattering cocktail-sipping crowd into a rapt audience of lifelong fans in minutes. After several years of theme shows, such as her acclaimed Ella Fitzgerald and Billie Holiday tributes, she is getting back to her roots with an improv-based jazz set featuring a different set every night, featuring everything from Bob Dylan to Broadway. Nalley recently performed on the San Francisco Emmy Awards.

On July 18 only, she will present a very special tribute to the late vocal legend Etta James, which will co-star “Queen of the West Coast Blues” Sugar Pie De Santo and feature special guest vocalists Lady Memphis and Angela Strehli.

Nalley has been called “the best singer, any style, I have heard in years” says Phil Elwood of the San Francisco Examiner. According to The San Francisco Chronicle, she “has pipes to burn and she works the stage like she means it.” She is knows for her 3 ½ octave range that can go from operatic to gritty blues on a dime, projection that can whisper a ballad yet is capable of filling a room with no microphone, and the ability to scat blistering solos without ever losing the crowd's interest or the intense swing.

A born singer from a family that boasts several generations of jazz musicians, Nalley was taught piano by her great-grandmother and studied opera and theatre in high school, before relocating to San Francisco. She worked her way through college by singing in small dives and jam sessions. Music critic Phil Elwood and SF Symphony director Michael Tilson Thomas quickly discovered Kim Nalley and brought her to national attention after they noticed her singing nightly at the Alta Plaza to packed audiences without amplification.

Since then, Kim Nalley has performed globally, including major jazz festivals such as Monterey, Umbria Jazz and Lincoln Center and lived in Europe for several years before returning to San Francisco to re-open the jazz club Jazz at Pearl's. During her tenure from 2003 to 2008, Nalley raised the club to iconic international acclaim as the owner and artistic director. She has collaborated with artists such as Rhoda Scott, David “Fathead" Newman, Houston Person, James Williams, Michael Tilson Thomas and the San Francisco Symphony. She has recorded several on both major and indie labels, including She Put A Spell On Me, which was short-listed for a 2006 Grammy Award, and Million Dollar Secret, which charted in the Jazz Top 40.

Nalley often combines music and history to create historical concerts, including her award-winning “Ladies Sing the Blues," “She Put a Spell on Me: Tribute to Nina Simone," the multimedia presentation Black History Month Concert Series and “The Heart of Lady Day," a Billie Holiday biopic. As a playwright she has written “Ella: the American Dream" a bio-musical about Ella Fitzgerald which premiered in 2008. As an actress she portrayed Billie Holiday in the dramatic play “Lady Day in Love," Blues Speak woman in Zora Neale Hurston's “Spunk" and has starred in Teatro Zinzanni as Madame Zinzanni, a role subsequently filled by Joan Baez.