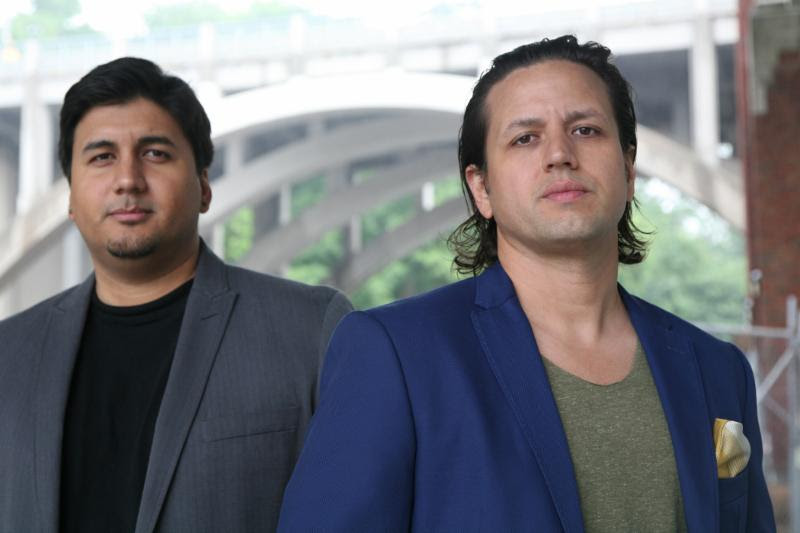 The Rodriguez Brothers have been burnin' up the New York City jazz scene since 2002 with their passionate performance and engaging compositions. Their brand new 2015 release Impromptu (Criss Cross Jazz) is gaining international airplay and critical acclaim.

Seeing is believing. Come experience the excitement with their CD release gig on August 5-6 at Dizzy's Club Coca-Cola.

The Rodriguez Brothers are co-led by pianist/composer Robert and trumpeter/composer Michael. They were born in New York City and grew up in Miami. Inspired by their father who is a drummer, The Rodriguez Brothers began their musical training at a very young age and continued their studies throughout high school at the New World School of the Arts. Both Robert and Michael received full scholarships to the University of Miami. Michael finished his Bachelors at the New School for Jazz Studies in NYC and Robert soon followed after receiving his Bachelors in Jazz studies at the University of Miami. Since their arrival in NYC, The Rodriguez Brothers have individually worked as sidemen for Roy Haynes, Charlie Haden, Ray Barretto, Eddie Palmieri, David Sanchez, Wynton Marsalis, Joe Locke, Carla Bley, Gonzalo Rubalcaba, Bob Minzter, Harry Connick Jr., Christian McBride, Richard Bona and Quincy Jones.

The Rodriguez Brothers band was formed in 2002 when they released their premiere CD Introducing The Rodriguez Brothers. The music for this recording consisted of original compositions influenced by Afro-Cuban and traditional jazz elements. Their second recording was Conversations in 2007 followed by Mood Swing in 2010. Impromtu (2015) is their third release. The group has performed at many prestigious venues and festivals including the JVC Festival at Bryant Park, Syracuse Jazz Festival, Iceland Jazz Festival, George Wein's Newport Jazz Festival, Jazz Baltica, Monterey Jazz Festival, the Blue Note Jazz Club, The Jazz Standard and Dizzy's Club Coca-Cola.