The result is a truly cutting edge blend of highly original and marketable music with a completely contemporary appeal. 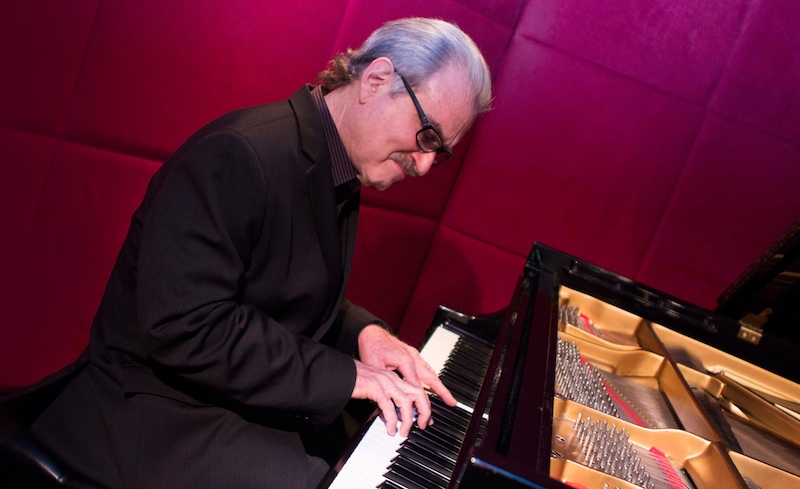 “The Evolution Suite by Richard Sussman and the Richard Sussman Ensemble has been made possible with support from Chamber Music America's 2014 New Jazz Works: Commissioning and Ensemble Development program funded through the generosity of the Doris Duke Charitable Foundation."

Richard Sussman's creative work in the area of music technology has coalesced into a new ensemble and major new musical composition—"The Evolution Suite" - which features Sussman's skill as a cutting edge composer, performer, and programmer in this realm. The music for this ensemble integrates Sussman's many varied influences and areas of expertise, including straight ahead jazz, electronics, contemporary classical composition, and pop music. The ensemble features members of the acclaimed Sirius String Quartet along with top jazz artists including Scott Wendholt-trumpet, Rich Perry-tenor sax, Mike Richmond-acoustic and electric bass, Anthony Pinciotti-drums, and Sussman performing on piano, synthesizer, and laptop, with special guest Zach Broch-violin. The result is a truly cutting edge blend of highly original and marketable music with a completely contemporary appeal.

Sussman was honored to receive a Chamber Music America New Jazz Works grant in 2014 to compose a multi-movement suite of new music for this ensemble. The new music will have its World and New York City premieres on December 18, 19, and 20, 2015. The suite will consist of five contrasting movements, each highlighting various stylistic and instrumental elements, and will be approximately 45 minutes to 1 hour in duration. The entire program will be approximately 1 hour and 15 minutes in duration, with the inclusion of one or two additional Sussman compositions.