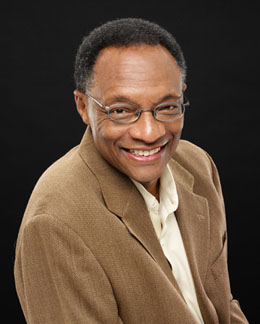 slideshow
Announcing The Jazz Event Of The Year!

Pittsburgh, PA: Announcing an exciting and ground-breaking partnership between MCG Jazz, the Pittsburgh Symphony Orchestra, the Pittsburgh Cultural Trust in collaboration with the Pittsburgh JazzLive International Festival and WQED. On Tuesday, June 16, at Heinz Hall for the Performing Arts, these partners will come together to present The Pittsburgh Jazz Celebration, an evening of music with the Pittsburgh Symphony and featuring pianist Ramsey Lewis, vocalist Kurt Elling and trumpeter Sean Jones, among other guests who will appear throughout the evening. The evening will be hosted by television, film and Broadway actress and singer Gloria Reuben. Concert goers will enjoy a preview of the upcoming documentary celebrating the legacy of jazz in Pittsburgh. The feature-length documentary will air later this year on WQED.

“This project represents the best in what Pittsburgh has to offer,” says Bill Strickland. “We’re bringing together four great institutions to celebrate the spirit of Jazz in our community and how Pittsburgh helped to shape the history of Jazz.”

“Great music knows no labels,” says James Wilkinson, president and CEO of the Pittsburgh Symphony Orchestra. “We are thrilled that Heinz Hall can host this event that celebrates both the incredible breadth and depth of musical talent and history found here in Pittsburgh and the wonderful collaborative spirit our cultural institutions share.” The concert program begins at 8:00 p.m. and will feature music that was either composed by a legendary Pittsburgh jazz musician or songs made famous by a Pittsburgher. The concert will begin with a jazz ensemble consisting of the great Roger Humphries (an MCG Jazz Pittsburgh Jazz Legend) and his tribute to Kenny Clarke and Art Blakey, both of who profoundly influenced Humphries. He will be joined by David Budway on piano, Joel Frahm on saxophone, Jay Ashby on trombone, Dwayne Dolphin on bass and Sean Jones on trumpet. The sextet also will perform music honoring Tommy and Stanley Turrentine, Earl ”Fatha” Hines, Roy Eldridge and others.

The second half of the concert will feature the Pittsburgh Symphony under the baton of Jeff Tyzik performing new arrangements specifically written for this concert. Joined by NEA Jazz Master Ramsey Lewis, Grammy Award-winning vocal sensation Kurt Elling and renowned drummer Dennis Mackrel, the orchestra will explore the music of Billy Strayhorn, George Benson, Ahmad Jamal, Billy Eckstein and others. A tribute to legendary Jazz Master Ray Brown will feature the Pittsburgh Symphony’s own double bassist, Jeff Grubbs, as the soloist. David Budway and Sean Jones also will perform selections with the Pittsburgh Symphony.

In anticipation of its airdate on WQED later in 2015, excerpts from the feature-length documentary celebrating Pittsburgh’s jazz legacy will be screened during the performance.

At 6:00 p.m., guests will be welcomed to the Manchester Craftsmen’s Guild Gala reception with cocktails and hors d'oeuvres as well as live music from the COL Jazz Band. MCG Jazz will honor a new class of Pittsburgh Jazz Legends, adding five to the current roster of 20 honorees.

MCG Jazz is a social enterprise supporting the education programs of the Manchester Craftsmen’s Guild, a nonprofit in Pittsburgh, PA whose mission is to preserve, present and promote jazz.

In addition to presenting one of the nation’s longest running jazz subscription series, the MCG Jazz label has won five GRAMMY Awards. For more information about Manchester Craftsmen’s Guild.

Heinz Hall for the Performing Arts is owned and operated by Pittsburgh Symphony, Inc., a non-profit organization, and is the year-round home of the Pittsburgh Symphony Orchestra. The cornerstone of Pittsburgh’s Cultural District, Heinz Hall also hosts many other events that do not feature its world-renowned orchestra, including Broadway shows, comedians, speakers and much more.