Experimental music fans have a new festival to look forward to this fall.” – WBGO.com 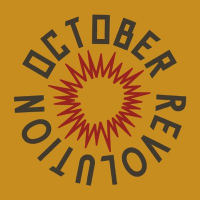 The October Revolution of Jazz & Contemporary Music, a four-day (October 5-8, 2017) music festival presented by Ars Nova Workshop, in partnership with FringeArts, has confirmed several additional artists for its inaugural lineup as well as announcing single-day tickets.

The festival will be held at FringeArts’ waterfront headquarters (140 N. Columbus Blvd.), as well as several additional nearby Philadelphia venues, including the Race Street Pier, Christ Church Neighborhood House, and the Christ Church Sanctuary.

Full festival passes are now available in limited quantities for $200. All early bird tickets sold out very quickly so move fast. Tickets can be purchased by phone (215-413-1318) or online at theoctoberrevolution.org.

Daily schedules are now featured and single day tickets ranging from $55-95 are now on sale at theoctoberrevolution.org.

This special VIP package includes at least one secret show at an intimate location, receptions with artist meet & greets, rare jazz ephemera giveaways, guaranteed seating at all events, and free beer and wine at most events. VIP Experience tickets are available for $400 by phone (215- 413-1318) or online at theoctoberrevolution.org. SOCIAL

Festival attendees can stay at the Holiday Inn Express Penn’s Landing for a special rate of $109/night. The hotel is just steps away from FringeArts and all other venues. Call 1-800-843- 2355 and ask for “the OctRev room block” in October.

HISTORY (AND FUTURE) OF THE OCTOBER REVOLUION OF JAZZ & CONTEMPORARY MUSIC

In 2017, ANW, Philadelphia’s premier experimental jazz presenter, carries that torch with a four-day “listening” festival, The October Revolution (OctRev). OctRev is a dynamic festival experience constructed out of a variety of sonic adventures and revelations, led by musicians and artists who are pushing boundaries and opening borders. It has been made possible by funding from the Robert D. Bielecki Foundation, the Arthur Judson Foundation, and Jacobs Music.

Imagine a city attuned, a fellowship of listeners actively exploring an aural landscape. Composer Pauline Oliveros (ANW presented her last two Philadelphia appearances) referred to this as “deep listening”–the act of becoming aware of the vast range of sounds that we live within. “Listening” is the watchword of the OctRev Festival. The entire infrastructure of the festival will be focused on supporting that experience, to ensure that audiences have the comfort, freedom, time, and access to interact fully with the performances.

“In this kind of landscape, in which music of all kinds can play a central role, the participants do not listen for something,” says Mark Christman, Executive and Artistic Director of ANW. “They are focusing instead on the experience of listening itself— tuning in.”

The inaugural OctRev takes place October 5-8 on the FringeArts campus, and will include performances at neighboring sites and venues. ANW is curating a line-up of the most thoughtful, adventurous music inventors and performers of our time, from across a diverse range of genres that span jazz, free improvisation, and contemporary classical and radiate outward.