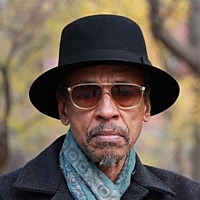 The festival will kick off at Oakland's outstanding avant-garde music venue Duende, Oakland, on February 4, 2015.

New Frequencies Fest: [email protected] presents a radical, pioneering exploration of the future of jazz. The entire program is dedicated to today's jazz scene while paying homage to the legacy of visionary artists of the 1960s and 70s through their impact on contemporary jazz and improvisational music. The past, current, and future San Francisco jazz scene and New York downtown music scene will be celebrated at this year’s festival as they are hotbeds for creative experimentalism and have nurtured many of this year’s artists.

Celebrating women in music today, multiple Grammy-winner and nominee Angélique Kidjo will perform in the intimate YBCA Theater and present songs from her latest recording Eve which debuted at #1 on the Billboard World Music Chart.

New Frequencies Fest: [email protected] will also honor Guggenheim Fellow Henry Threadgill, one of the musicians who came out of Chicago’s Association for the Advancement of Creative Music, and who is still active and considered to be one of the most original jazz composers of his generation. His music transcends styles and genres, and embraces the world of music in its entirety, from ragtime to circus marches to classical to bop, free jazz and beyond. He appears with his large Henry Threadgill Double-Up made up by stellar musicians from New York's current jazz scene notably including renowned pianists David Virelles and Jason Moran.

Other highlights of the festival include Ben Goldberg's Orphic Machine featuring some of the most important improvisers in American music on the international stage, local favorite bassist and composer Lisa Mezzacappa's world premiere of her avant-NOIR project, to alto saxophonist and interdisciplinary artist Matana Roberts' innovative work “Coin Coin", an ode to the stories she grew up hearing about her extended family from its roots in Louisiana and Mississippi to its participation in the Great Migration north early in the 20th century. Roberts is the 2014 recipient of the prestigious Alpert Award in the Arts in Music.

Saturday, February 7 will feature an entire day of activities, as the event takes over the the length and breadth of Yerba Buena Center for the Arts. The variety of offerings run the gamut from dance classes to live bands, including John Calloway's Latin Youth Orchestra, a solo gig in the galleries by renowned violinist Jenny Scheinman will perform solo in the galleries, as well as an evening concert featuring Grammy Award-winning singer-songwriter and activist Angélique Kidjo.