There's a stillness at the center of [Gardony's] music, a distinctive amalgam of central European folk strains, majestic classical piano and improvisational fearlessness. On this recording...Gardony never splinters; he only consolidates, gaining power along the way. 4 stars.
&#151Carlo Wolff, DownBeat 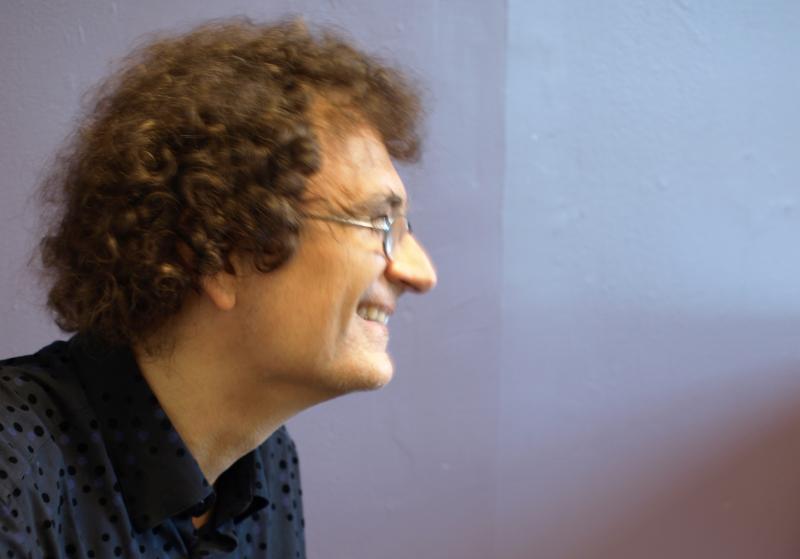 Internationally acclaimed Boston-based jazz pianist and composer Laszlo Gardony is one of the most expressive and technically skilled pianists working in jazz today. “ A formidable improviser who lives in the moment" (JazzTimes), Gardony has performed in 27 countries and released a dozen albums on the Sunnyside, Antilles, and Avenue labels during his distinguished, decades-long career. Winner of the Great American Jazz Piano Competition, Gardony has been noted for his “fluid pianism" by The New York Times. The legendary Dave Brubeck called him “a great pianist."

His latest solo piano album Serious Play (Sunnyside) was named one of the Best Jazz Albums of 2017 by DownBeat Magazine: “Serious Play combines spontaneity and intent. Improvised in the studio, it's a harmonious, emotionally intense whole that sounds like a concert rather than an arbitrary collection of tunes. No matter how busy Gardony becomes, there's a stillness at the center of his music, a distinctive amalgam of central European folk strains, majestic classical piano and improvisational fearlessness." Both Serious Play and Gardony's 2015 live sextet album Life In Real Time were named by the Boston Globe as one of the “10 Best Jazz Releases of the Year."

The members of the Laszlo Gardony Trio hail from three continents: Europe, Africa and North America. Yet, what's immediately striking about their work together is the seamless and brilliant communication of the three. In today's world where musicians are often randomly paired up based on business considerations, this genuine trio's original and organic voice truly stands out.

Laszlo first met John Lockwood (originally from Cape Town) and Yoron Israel (from Chicago) through sideman work with other groups. Once Laszlo made the decision 15 years ago that this would be his exclusive working group, the music took on another dimension. The three came to speak in one dialect, in complementary and supportive voices.

As a bandleader Laszlo projects his ideas strongly, but rather than dimming the creative lights of his band mates his musical forthrightness inspires them to high levels of self-expression. Yoron and John's deep understanding and appreciation of Laszlo's sound and spirit match Laszlo's appreciation of their creativity and expertise. That's what makes listening to this trio so exciting: a perfect balance between structure and freedom. Challenge and friendship is always vibrantly present.

What the press is saying...

4 stars. “...resonates with a deep and profound sense of understanding." —Dan Bilawsky, All About Jazz

4 stars. “There's a stillness at the center of [Gardony's] music, a distinctive amalgam of central European folk strains, majestic classical piano and improvisational fearlessness. On this recording...Gardony never splinters; he only consolidates, gaining power along the way." —Carlo Wolff, DownBeat

“Laszlo Gardony is wonderfully imaginative, his music conjuring up images of busy urban thoroughfares, starry nights in the woods of New England, of hushed audiences in a concert hall, and so much more... Serious Play does in essence, in fact, and in deed, describe this lovely album down to its resonating final chord." —Richard Kamins, StepTempest