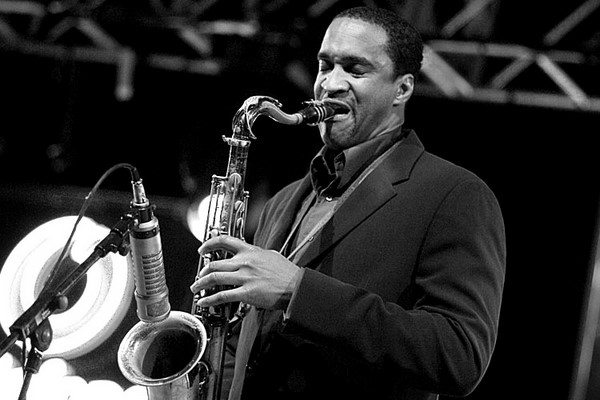 slideshow
On the new episode of The Jazz Session, Jason Crane interviews saxophonist Javon Jackson. On his new recording for Palmetto Records, Once Upon A Melody, Jackson pays tribute to the people and songs that have influenced him, from Wayne Shorter to Sonny Rollins to Ramsey Lewis to Corinne Bailey Rae. During this interview, Javon leads a track-by-track tour of the record, and you’ll hear excerpts from every composition. He’s joined on the album by pianist Eric Reed, bassist Corcoran Holt and longtime musical partner Billy Drummond on drums.

Jason Crane is the host and producer of The Jazz Session, the weekly jazz interview show. He was born in 1973 in Lenox, Massachusetts, home of Tanglewood and former home of the famed Music Inn and the Lenox School of Jazz. He began his career as a soprano sax player in jazz, latin jazz and funk bands in Arizona, Pennsylvania, and right here on Hilton Head Island. Jason also worked as an on-air host for KUAT and KUAZ in Tucson, AZ; as a news announcer for Bloomberg Radio in Tokyo, Japan; and as Tokyo business correspondent for NPR’s Morning Edition; and at WXXI in Rochester, NY. From 2001-2004, Jason was station manager and jazz host at Jazz90.1 in Rochester, NY. He is currently based in Albany, NY.