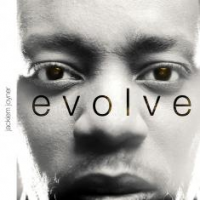 Evolve is the first album that the award-winning Billboard chart-topper wrote and produced entirely on his own. Joyner has always had a knack for crafting catchy R&B-pop melodies and his deft touch with honeyed harmonies remains. What changed are the inventive rhythms and textured tracks he’s constructed under his gentle yet ardent horn work. The outer orbital backdrop stands in striking contrast to the organic sound of his sax. Recorded live with Joyner’s touring band, “Evolve” features high-profile contributions from Gerald Albright - Joyner’s Grammy-nominated sax idol while growing up - on “Big Step” and Keiko Matsui - with whom Joyner often tours – who adds haunting keyboard hues to “Europa.”

Joyner, who has a busy concert itinerary in June and July to support Evolve, will celebrate the record release at a May 10 concert at Spaghettini in Seal Beach just south of Los Angeles. To get a taste of his live shows, a performance clip of Joyner & Company performing “Generation Next” was released.

Below is a sampling of some of the initial album reviews:

“Evolve is a dynamic, rhythmic, and harmonically rich experience.” – All Music Guide

“Saxophonist Jackiem Joyner is far from complacent and staid in his sound and style, and on his latest album, Evolve, he offers us a well-rounded, ripened and highly-rhythmic performance that is full (of) adventurous surprises.” – Hill Rag

“Jackiem Joyner has evolved and is a force to be reckoned with. Welcome to his new world” - ABYSSJazz

“Someone not afraid to stretch the limits of what urban contemporary jazz can be while still delivering music that is massively accessible.” – Smooth Jazz Therapy

”With Evolve, Jackiem Joyner reveals the willingness and ability to share his talent with other sax legends at the forefront of smooth jazz. It's up to promoters and listeners to become familiar with this great genius.” – Smooth Jazz Daily

“It’s been a most delightful and illustrious journey for Joyner since his discovery by saxman Richard Elliot and trumpeter Rick Braun years ago. As he continues on his clear path, he continues to shine and impress. Evolve takes yet another step down that path.” – The Smooth Jazz Ride

“A journey of songs through the evolution of Jackiem Joyner, this is an artist displaying his progression through his work and it is indeed a treasure to know that with each and every project that comes from this musician his continued contributions to the jazz world is worth the wait.” – Smooth Jazz Magazine