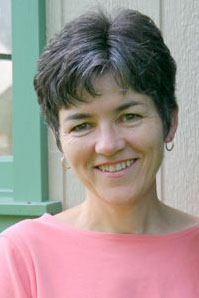 slideshow
On Tuesday night at the Hollywood Bowl, Glenn Frey welcomed Eagles fans to the final show of the bands three-night stand there with a bit of sly self-deprecation. We are the ancient ones, he said. And this is the Eagles assisted-living tour.

As lines go, its a good one, and it drew sympathetic laughs from an audience seemingly packed with well-preserved old-timers from the groups days on the early-70s L.A. club scene.

Yet if the joke acknowledged the improbability of the Eagles four-decade flight, it didn't necessarily reflect the reality of the bands current state: Backed (or perhaps assisted) at the Bowl by a handful of musicians on a variety of instruments, Frey, Don Henley, Joe Walsh and Timothy B. Schmit played a three-hour set that emphasized the slickly seductive allure of the Eagles music, which presents youth less as a concrete experience than as a state of mind attainable through sex, drugs or any combination thereof.

The Eagles weren't dispensing hard-won wisdom; they were demonstrating their continued devotion to everything that wisdom typically precludes.

And they were moving far more quickly than senior citizens usually do, zipping through hits such as Witchy Woman, One of These Nights and Lyin' Eyes with the effortless facility that's always defined their sound.

We did everything fast in 1975, Frey said before the last of those tunes, explaining that he and Henley had written it over two days about the scene at West Hollywood's Dan Tanas. Then he dedicated it to his first wife, whose name he helpfully provided: Plaintiff.

More recent material from Long Road Out of Eden, the Eagles 2007 reunion disc, blended seamlessly with the older songs, though the exasperated sociopolitical content of some seemed crudely rendered in comparison to the more artful Hotel California, in which the analysis of pleasure is indistinguishable from pleasure itself.

Near the middle of the show, following Take It to the Limit, the band performed “Eden's" title track, and the mood turned serious as images of soldiers and the Middle East flashed across an enormous video screen, accompanying Henley's lyric about weaving down the American highway, through the litter and the wreckage and the cultural junk.

To put it in the language of any number of Eagles characters, it was kind of a bummer.

But then the song was over, Walsh launched into Walk Away, and once again you had to admire these guys speed. Who else can get from Baghdad to Margaritaville in seconds flat.