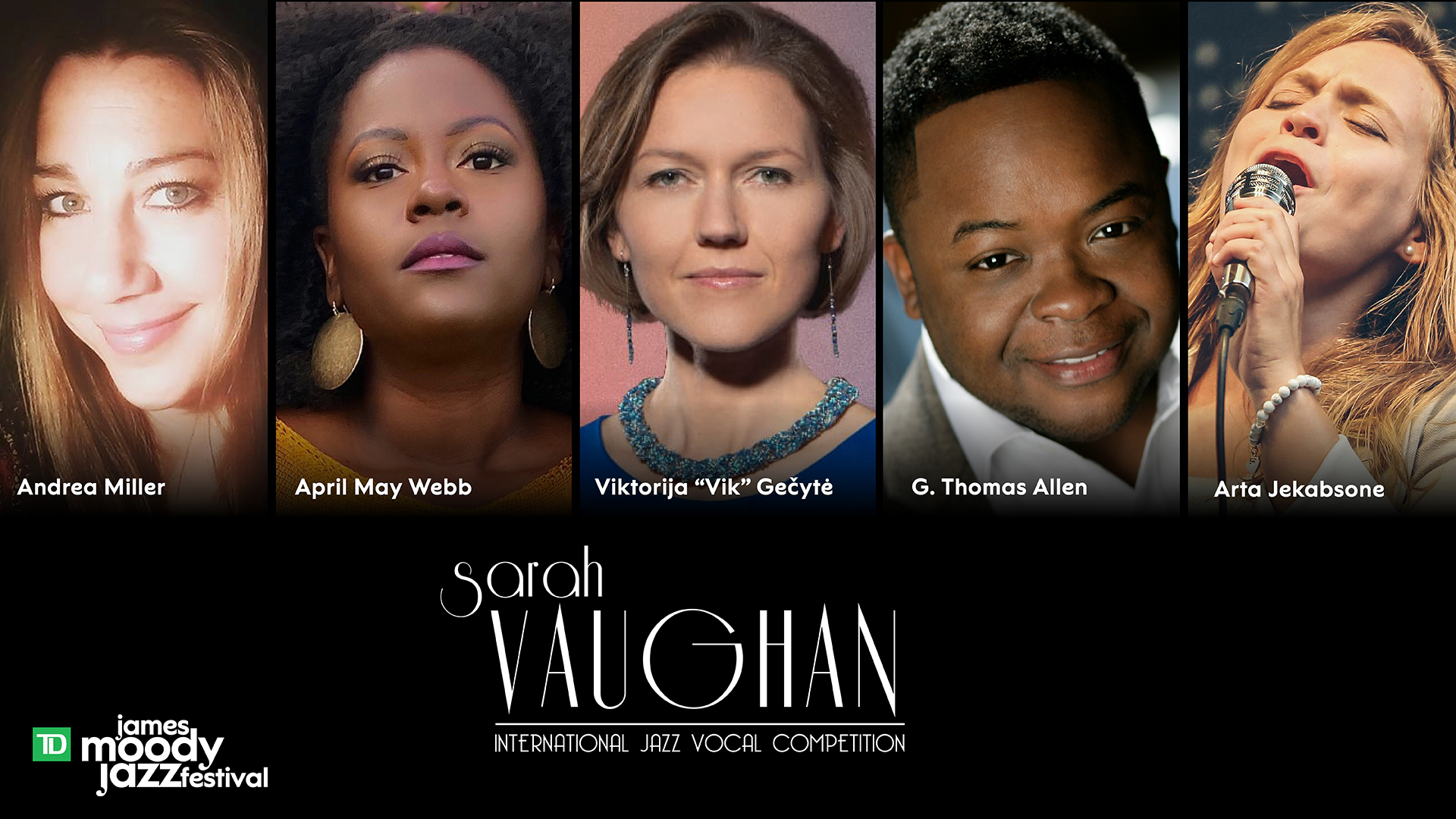 On November 14, 2021, they will compete in person on the NJPAC stage in front of a live audience. Hosted by NJPAC’s Jazz Advisor and multi-Grammy-winning bassist Christian McBride, “The SASSY Awards” will feature performances by the competition’s five finalists, as well as by McBride alongside one of today’s top jazz vocalists Dianne Reeves.

The competition recalls the humble beginnings of legendary jazz singer/NEA Jazz Master Sarah Vaughan (1924-1990) who, back in 1942, was a Newark teenager and winner of an amateur singing contest at the Apollo Theater. That memorable night helped launch the lifework of one of the most successful, influential jazz vocalists in the history of American music. The competition is also known as The Sassy Awards, a nod to the nickname of singer. Past winners include Cyrille Aimée, Jazzmeia Horn, Ashleigh Smith, Arianna Neikrug, Deelee Dubé, Quiana Lynell, Laurin Talese, Samara Joy, Gabrielle Cavassa and Tawanda Suessbrich-Joaquim. What has become one of the top annual vocal competitions in jazz, The SASSY Awards offers outstanding jazz singers a one-of-a- kind platform for embarking on a career in the music business—and offers audience members a chance to discover the jazz stars of tomorrow. Gifted young contestants from around the world are evaluated on vocal quality, musicality, technique, performance, individuality, artistic interpretation, and ability to swing. For more information about The SASSY Awards, visit SarahVaughanCompetition.com.

Andrea Miller’s voice has been described as soulful, sensual and hypnotic. Influenced by Nancy Wilson, Sarah Vaughan and Stevie Wonder, Andrea is currently heating up the international jazz scene. Andrea released her fifth album, Time to Stay, with the San Gabriel 7, in 2021. In 2020, she headlined Bemol 5 Jazz Club in Lyon, France, after performing at the Jazz De Polanco Festival in Mexico City and Jazz at LACMA in Los Angeles in 2019. She was set to tour with and open for Jarreau on his 2017 European tour, just prior to his passing. In addition to performing, Miller keeps busy recording as a session singer and can be heard on recordings by Disney/Pixar, Paramount Pictures, NBC and Warner Brothers.

April May’s Webb’s unique vocal approach draws from a wide range of influences and multiple genres. The first African American woman to graduate from the William Paterson University Jazz Education program, where she studied under the late great pianist Mulgrew Miller, April May is the co-founder, with trumpeter Randall Haywood, of jazz duo Sounds of A&R, aka S.O.A.R. Partners in music and life, April and Randall create a distinct sound when playing together. In 2017, their self-titled debut album peaked at #14 on the national Jazz Week charts and landed on Jazz Week’s Top 100 Albums of that year. In 2018, Sounds of A&R toured with the legendary jazz drummer T.S. Monk. In 2021, the two released their third studio album, Questions Left Unanswered, which rose to #12 on the national Jazz Week charts.

New York City-based, Latvian-born singer, composer, and arranger Arta Jēkabsone won 1st prize at the prestigious Montreux Shure Jazz Voice Competition in Switzerland (2016), 2nd prize at Mid–Atlantic Jazz Voice competition (2017), and 3rd prize at Ella Fitzgerald International Vocal Competition (2019). In recent years, Arta has performed often at NYC’s The Jazz Gallery, where she premiered most of her original music projects, including her debut album Light and Reflections. During the pandemic, Arta performed in The Jazz Gallery Lockdown Sessions alongside artists like Camila Meza, Aaron Parks, Dayna Stephens; in March 2021, she premiered her newest multidisciplinary and bilingual performance, Letters to Home, on the program. She was awarded The Jazz Gallery Residency Commission Grant in 2021.

Vocalist, composer, and music educator G. Thomas Allen is known for his remarkable vocal flexibility, warm timbre and cross-genre experimentation. He has worked with the late David Baker and the Smithsonian Jazz Masterworks Orchestra, performing Duke Ellington’s: Sacred Concerts at the Strathmore Hall, and has shared the stage with influencers such as Bobby Broom, Pharez Whitted and Dennis Luxion. As bandleader, he released his debut self-titled album in 2020, which hit No. #1 of the iTunes jazz charts. Thomas is a two-time graduate of Morgan State University, with degrees in Vocal Performance and Speech Communication. He currently serves as the Jazz and Contemporary Voice Instructor at ChiArts and on the voice faculty of Columbia College Chicago (CCC).

Vik Gečytė, who appeared in the 2019 Sarah Vaughan International Jazz Vocal Competition, explored the New York jazz scene during her college years in the U.S., becoming known for her scatting, refined phrasing and contagious swing — as well as for her talent with folk instruments, including clay whistles, kalimbas and kazoos. One of her key musical partners over the years has been Gene Perla, veteran American bassist, formerly with Elvin Jones, Sonny Rollins, Nina Simone and Sarah Vaughan. Together, they have been touring and recording since 2008. Their latest record, In The Moment (P.M. Records, 2020) is a tribute to their collaboration with musicians in both New York and Paris. Based in Paris since 2008, Vik leads several jazz and blues projects and performs regularly with big bands.

NJPAC brings diverse communities together, providing access to all and showcasing the state’s and the world’s best artists while acting as a leading catalyst in the revitalization of its home city. Through its extensive Arts Education programs, NJPAC is shaping the next generation of artists and arts enthusiasts. NJPAC has attracted nearly 10 million visitors (including over 1.7 million children) since opening its doors in 1997, and nurtures meaningful and lasting relationships with each of its constituents. NJPAC.org