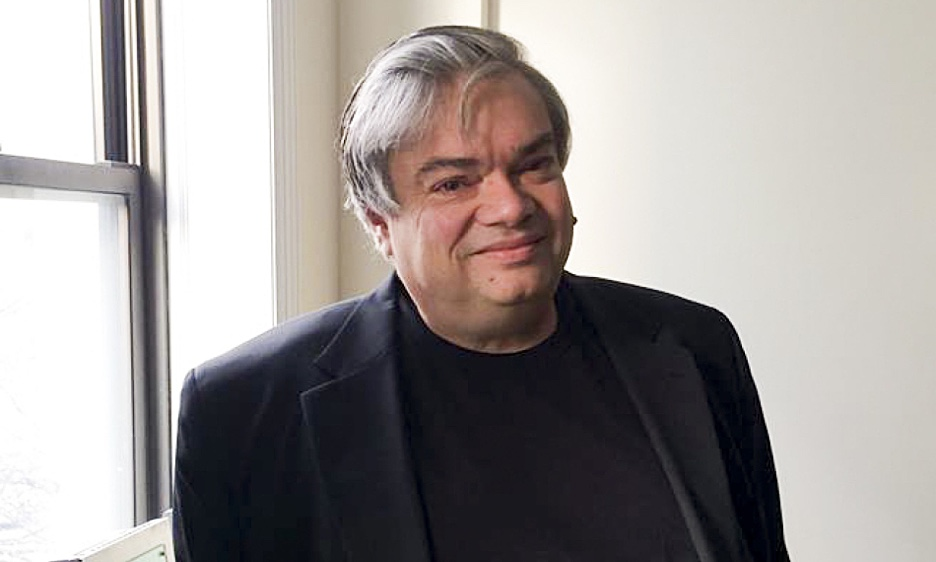 By
January 15, 2022
Sign in to view read count
Yesterday afternoon, my literary agent called with terrible news. Terry Teachout had died hours earlier. I had to sit down. I couldn't believe it. My agent also was Terry's agent. In fact, Terry was the one who had introduced us years earlier at a book party. Now Terry was gone at age 65.

For those unfamiliar with Terry, he was the drama critic for The Wall Street Journal and a tireless essayist who cranked out gorgeous pieces on the arts—high culture and low. In addition, he was a biographer, playwright, stage director and opera librettist, the critic-at-large for Commentary, and the author of “Sightings," a biweekly WSJ column about the arts. He blogged at About Last Night and in his pre-WSJ years wrote for many other publications, including The New York Times and National Review. And there was more, believe it or not. Terry's writing was always beautifully opinionated, easy to read and a learning curve. A speed reader, he could consume large numbers of books when researching a subject and lay out a singular take with ease. He was the most sophisticated big-city thinker and simplest small-town man I knew. In our friendship, Terry set the pace and I followed, or did my best to keep up.

I first met Terry in 1996. Back then, I was the editor of a financial/lifestyle newsletter when I interviewed him on his 10 favorite jazz album renditions of Broadway musicals. From the outset, we realized we shared a passion for jazz and soon became social friends. That led to jazz listening sessions each quarter at each other's apartments. Our sessions typically ran from 10 a.m. to 1 p.m. on a Saturday, and they were monumental summits—careful listening, pointing things out, criticizing, applauding. For us, these sessions were magic-carpet rides to an imaginary oasis far from work, writing and the news. Mentally, we were weightless and weren't to be disturbed. [Photo above of Terry Teachout by Christopher Capozziello for The New York Times]

The truth is you wouldn't be reading JazzWax today if it wasn't for Terry. After one of our listening sessions at my place in July 2007, Terry turned to me and said I had to start blogging about jazz. When I told him I was way too busy (at the time, I was writing for on personal finance and for the city's major corporate real estate companies), Terry waved me off. He said I had to blog, that nobody was busier than he was and that he blogged. Besides, he said, it was the future. We looked at each for about five seconds without saying a word. Then Terry broke the silence: “You know too much about jazz. You need to write about it." I said, “Fine, consider it done."

Two weeks later, on August 3, 2007, I launched JazzWax. I haven't stopped posting six days a week since. Terry was shrewd and rather impressed. He knew that either I would fold or I was going to discover things about myself as a writer. The latter became the case. To fill posts, I turned to my journalism skills and began cold calling jazz legends and interviewing them for JazzWax in my spare time. I went on a tear and eventually banked upward of 300 individual interviews.

Three years went by, hundreds of posts had been written when Terry issued another proclamation. I had to start writing on music and the arts for The Wall Street Journal. Terry knew I had started at The New York Times in 1976 when the paper was still hot type and had gone on to become a prolific writer and editor at several magazines. We looked at each other. Terry raised an eyebrow, and I said, “Fine, done." He introduced me to his editor, and my return to journalism exploded in fireworks in 2010. I long pined to write on music and the arts and I now had my shot. Terry's editor became my editor and championed my work, curiosity and singular approach to music, interviews and pop culture, getting the best out of me. My travel assignments picked up fast, I expanded to other parts of the paper and my days in financial journalism were over

Terry was there for me one last time. A year after I published my 2012 jazz book, Why Jazz Happened, Terry cornered me at the book party for his newly published biography, Duke Ellington. He asked if I had additional book ideas. I told him I did but that I was looking for an agent. One of Terry's eyebrows went up again. He said, “That ends now" and took me by the arm. As we snaked through the crowded rooms of the host’s apartment, we wound up in front of his literary agent and attorney. Terry introduced me generously and went back to his guests. Terry's agent and I made a date for drinks, and when I found Terry shortly after, he asked how it went. I smiled and gratefully said, “Done." Terry flashed that Cheshire grin and raved about how great his agent was and that we were going to get along perfectly. And he was right. Books followed.

Terry seemed to get a kick out of creating opportunities for me and took great pride in watching me ace them. He once said that luck has a way of happening to people who shoot high, who never sell themselves short. And he generously gave me those shots, not because we were good friends, he said, but because I was ready for them. Besides, he said, I belonged in the arts. Now, my dear friend with those guilt-provoking eyebrows is gone. Which brings me to a funny story.

Terry and I long shared a love of the blind singer-organist Joe Mooney, particularly the albums he helped get re-issued after writing about the musician in The Times in 1997—The Happiness of Joe Mooney and The Greatness of Joe Mooney (here). Whenever either of us sent the other an email bemoaning a crushing deadline or how tough a published piece or interview was to write, we'd respond with a link to this video. Seems silly now, but the video of the colorful fish swimming around and Mooney's voice backed by the Sauter-Finegan Orchestra eased the bite. The video also seemed to remind us of those Saturday mornings we spent on the sofa listening to jazz without a care or deadline in the world. This is for you Terry. Love you always...