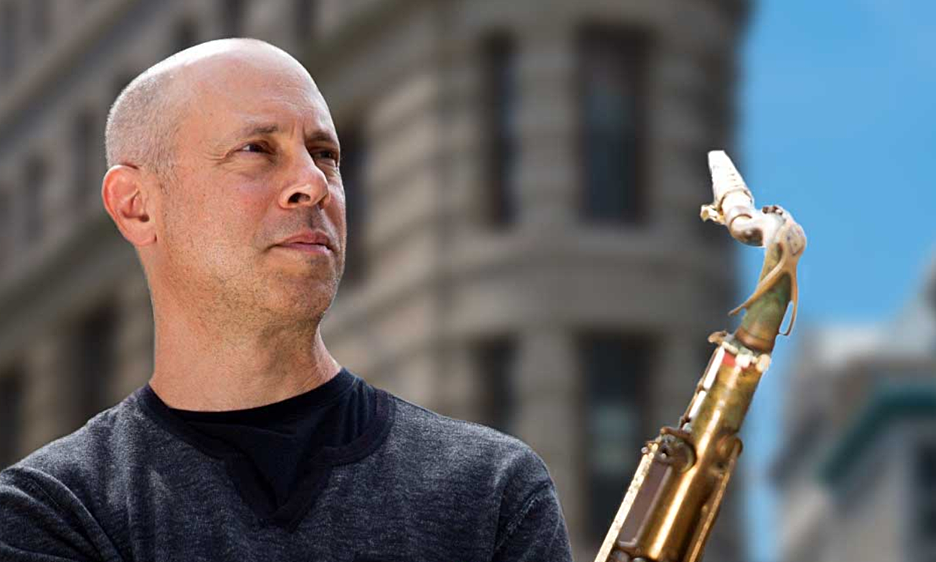 Playing together again was joyful, creative, productive; and what a relief to feel a semblance of wholeness at last.
—Walt Weiskopf 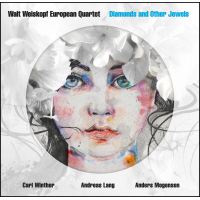 Waylaid by the COVID-19 pandemic, tenor saxophonist Walt Weiskopf and his European Quartet return with a vengeance on Diamonds and Other Jewels, set for an August 19 release on AMM Records. A collection of Weiskopf originals (and one standard), it demonstrates the powerful chemistry Weiskopf shares with pianist Carl Winther, bassist Andreas Lang, and drummer Anders Mogensen—matched by their audible relish at being back together.

The album is the sixth release by the acclaimed quartet, assembled by Weiskopf in winter 2017 for a quick European tour but quickly becoming his regular working band (when not on the road with Steely Dan, Weiskopf’s other steady gig). The winter European tour became an annual tradition—although 2020’s was their last in-person summit for two years. (Their 2021 release, Introspection 2.0, was recorded remotely, with Weiskopf across the Atlantic from his bandmates.) When opportunity finally presented itself again in January 2022, they were more than ready to take it.

“Playing together again was joyful, creative, productive; and what a relief to feel a semblance of wholeness at last,” writes Weiskopf in the liner notes. “After our first few concerts, I was excited and inspired to write some new material during a train trip from Belgium to Germany. I realized we now had enough music to make a recording worthwhile in earnest.”

The title Diamonds and Other Jewels is a direct reference to actual song titles, including the scintillating waltz “Black Diamond”; the pensive but emotionally charged “Blood Diamond”; and the autumnal ballad “Other Jewels.” But it could easily describe the overall quality of the album’s eight tunes. Among the sparkling treasures are tributes to two of Weiskopf’s mentors: “Thad Nation,” a brightly colored celebration of composer, arranger, and (co-)bandleader Thad Jones, and the Arthur Johnston-Sam Coslow classic “My Old Flame,” dedicated to the late great alto saxophonist Andy Fusco.

These tunes are tight, most of them around six minutes. That’s a sterling testimony to how tight the band itself remains, both in terms of their personal bonds and their musical discipline. In those short timeframes, these musicians say a tremendous amount.

Walt Weiskopf was born July 30, 1959, in Augusta, Georgia to a father whose work as a medical doctor was offset by his pursuit of classical piano. Both his sons—Walt and pianist Joel—followed in his formally trained footsteps. By the time he graduated from Eastman School of Music in 1980, however, Weiskopf was firmly in the jazz camp.

He kickstarted his career in Buddy Rich’s big band, moving on a few years later to the Toshiko Akiyoshi orchestra, then beginning to build a solo reputation. His first two albums as a leader, 1989’s Exact Science and 1990’s Mindwalking, both put him at the helm of a quartet with his brother Joel, bassist Jay Anderson, and drummer Jeff Hirshfield.

From there, Weiskopf was leader and performed with a variety of different ensembles, recording 11 albums over a 15-year span from 1992 to 2007 while maintaining a healthy freelance calendar in the commercial world of the New York studio scene, Broadway show pit orchestras, as well as the Akiyoshi band, Frank Sinatra orchestra, and his notable peers including, among others, Renee Rosnes, Conrad Herwig, Jim Snidero, John Fedchock, and Billy Drummond. He got the call to join Steely Dan in 2003 and has been with the jazz-rock ensemble ever since.

Weiskopf assembled his European Quartet in 2017, sprinting across Scandinavia and northern Germany for just a week—but gaining enough steam for the saxophonist to document them on a self-titled album. But one recording couldn’t contain the band’s creative energy: European Quartet was followed by 2019’s Worldwide, 2020’s Introspection, and 2021’s Introspection 2.0, as well as the holiday EP A Little Christmas Music before laying down Diamonds and Other Jewels in January 2022.

Walt sums it up: “This is what I’ve always wanted to do—to work with like-minded musicians, to write music, share it, and perform all over the world. This is my professional dream come true.”