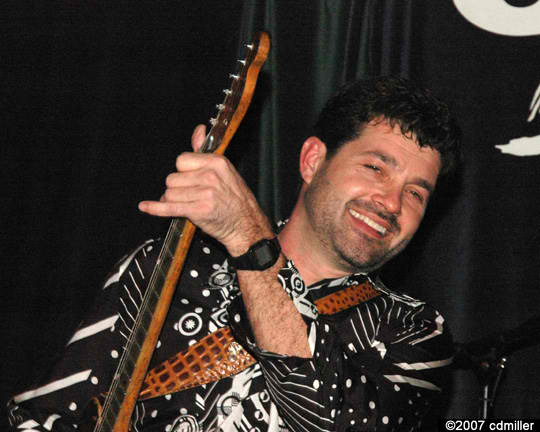 slideshow
Since his 1992 debut Nice And Warm, you always know exactly what you'll get from a Tab Benoit record: honest, rough-and-ready electric blues with a dash of Cajun seasoning, soulful bayou ballads and a two-step or two thrown in for good measure,

In many ways, that can sum up Benoit's new offering, Medicine, too. I'm still waiting for Benoit to take the easy way out dub over his guitar, or accentuate his songs with anything more than an occasional organ or banjo from a guest player, but he's still making records as fuss-free and grounded as he did twenty years ago.

Well, actually, there is a second guitar present this time, but it's coming from fellow Louisiana-based rootsman Anders Osbourne. Osbourne's contributions are felt more in the co-writing partnership he forms with Benoit, and Benoit/Osbourne songs make up seven of the eleven tracks.

The helping hand seems to have reinvigorated Benoit, which along with a few inspired covers like “Broke And Lonely," makes this one of the strongest set of songs Benoit has put forth in a while. Add some cameos from Ivan Neville (B-3) and Michael Doucet (fiddle), and capacious but intimate production by David Z, and Medicine—out since April 26—is just what this Cajun blues doctor ordered.