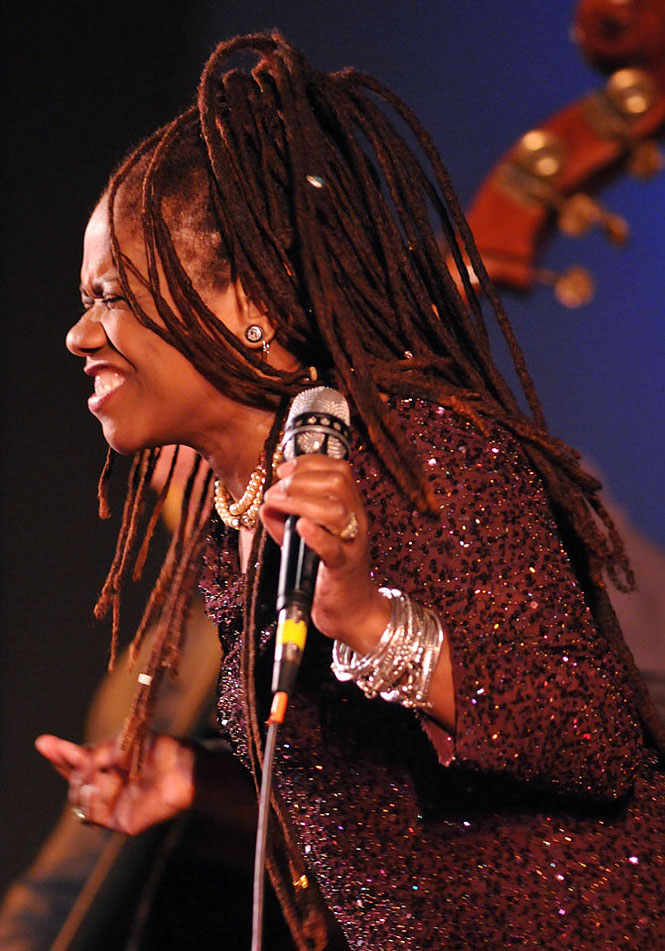 The program is distributed in the US by Public Radio International. You can also drop in on a continuous stream of shows at the Stanford Archive of Recorded Sound.

Hyman joins The Jim Cullum Jazz Band to swing their way through a set of jazz standards including “Sweet Lorraine,” “Cross Your Heart” and “Sheik of Araby.” Hyman plays his solo piano rendition of Fats Waller’s “Jitterbug Waltz,” Catherine Russell sits in with the Band on “Darn That Dream” and “Can’t We Be Friends?

A jam session is as much an act of improvisation as playing a jazz solo. There is no pre-determined list of tunes, and the players usually don’t know beforehand what’s going to happen next on the bandstand. The session evolves organically. This atmosphere of “expecting the unexpected" lends an edge of anticipation and excitement to the informality of the jam.

Leading a jam session demands the same discipline as any art form. To keep the music on track and avoid it unraveling into chaos, the bandleader functions like an air traffic controller. Calling each tune title and the key, he sets the tempo and feel of each number. Guided by how the performance unfolds, the leader makes up the order of solos and the number of improvised choruses on the spot.

“Cat" Russell’s parents are celebrated jazz legends—the great 1920s bandleader Luis Russell and bassist/vocalist Carline Ray. After a successful career as a back-up singer touring with Paul Simon, David Bowie, Steely Dan and others, in recent years Ms. Russell has concentrated on the music of her roots—acoustic traditional jazz and blues. When Jim asked Catherine to reflect on her role in today’s technological music scene, she replied,

“I feel there’s a reason this music has been around for 60, 70, 80, 90, 100 years, because it is real instruments that can be played with no amplification and so forth, and it’s meant to be an intimate type of music. This is the first type of music I ever heard in my life, my dad’s music, traditional jazz…so I feel very connected in a spiritual way; it just feels like a natural thing for me to have chosen.”

The scene for tonight’s jam session is Pearl Stable, on the grounds of Pearl Brewery built in 1883 along the east bank of the San Antonio River, close to downtown. A functioning brewery for more than 100 years, the complex was reborn in 2002 as a 22-acre culinary and cultural gathering place along the extended Paseo del Rio—River Walk. The oval-shaped Pearl Stable, now a state-of-the-art concert and recording venue, once housed draft horses delivering Pearl beer in wagons.