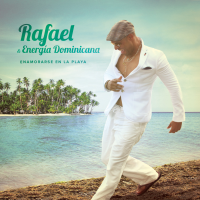 VIVO MUSIQUE is pleased to announce some exciting summer activities for the Québécois-Dominican Latin music orchestra Rafael & Energía Dominicana, celebrating the debut album, Enamorarse en la playa. The orchestra will perform at The Montreal International Jazz Festival on June 27, 2014, The Festival International Nuits d’Afrique, on July 17, 2014 and will release a new single and debut video clip for the song “Margarita”. The song is an original composition by Rafael in the bomba style with an infectious groove and with roots in the traditions of Porto Rico. The video will be directed by Vincent Egret, whose clips include the mega-hit “Danza Kuduro” by Don Omar featuring Lucenzo, (a clip that has obtained over 550 million views on YouTube) as well as videos for Florence K., Florent Pagny, Natasha St. Pier, Big Ali, Bonnie Tyler, Mellowman, Dubmatique, Rainmen, and Qbanito. Video pre-production for “Margarita” is underway and a shoot is scheduled for June 2014.

These activities mark a period of achievement for Rafael, an artist often referred to as a fighter, or in Spanish, a luchador - he is a passionate performer who never gave up his dream to present his music to the world. Originally from the city of Bani in the Dominican Republic, he is forever attached to his roots, and produced Enamorarse en la playa with his culture at heart, combined with creating an essence of a place he loves the most: the dance floor. Rafael says: “Dreams come true when you have faith in God, you persevere and work tirelessly. It is never too late to achieve your goals. I say this with much humility, but also proudly, to present our Latin music and my country, the Dominican Republic, and grateful to God for the blessings. I am super excited…OYE KE LINDO SUENAAAA!”

Enamorarse en la playa was released on November 19, 2013, and produced by Rafael, Pascal Laraque and Kuky Carbuccia and with Jesus Alejandro El Niño and Chris Perry in Montreal, Quebec. It includes thirteen original compositions by Rafael from different Latin music genres such as merengue, bachata, salsa, and ballad. The album is available on record label Vivo Musique, and distributed by DEP Distribution Ltd./Universal Music Canada/Believe Digital-Numérique.

About Vivo Musique: Vivo Musique is a record label based in Montreal, Quebec, Canada, dedicated to presenting Canadian-international artists and their original works of music. Vivo Musique is part of Vivo Musique Internationale, a media relations agency and artist management company, founded in 2006 by Glenda Marlene Ruch (also known as Glenda Rush). Vivo Musique launched a debut recording in November 2013 by the Latin music orchestra, Rafael & Energía Dominicana, led by Rafael, a Montrealer, originally from the Dominican Republic.

We acknowledge the financial support of the Government of Canada through the Department of Canadian Heritage (Canada Music Fund) and of Canada's Private Radio Broadcasters.