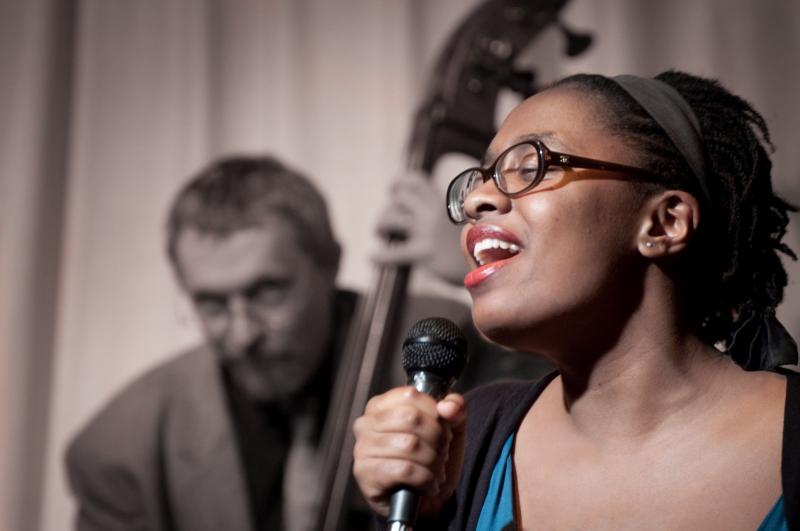 slideshow
This week, our video spotlight shines on singer Cecile McLorin Salvant, who will be making her St. Louis debut with a performance next Saturday, May 2 at the Sheldon Concert Hall.

Salvant, 25, is originally from Miami, and first came to wide attention in 2010 by winning first prize in the annual Thelonious Monk International Jazz Competition. She then signed with Mack Avenue Records and released her debut album Womanchild in 2013.

On her debut album, Salvant reached back to the pre-World War II era for the non-original material, which helped to encourage comparisons of her voice to those of classic singers including Ella Fitzgerald, Sarah Vaughan, Bessie Smith, and Billie Holiday.

You can see and hear some of the music from that album starting up top with her version of “I Didn't Know What Time it Was," recorded in 2013 at Dizzy's in NYC with her Mack Avenue labelmate Aaron Diehl on piano.

After the jump, you can see Salvant singing “Mean to Me," recorded during that same gig at Dizzy's. That's followed by “Nobody," a 1906 song associated with comedian Bert Williams that was recorded during a 2013 appearance on WNYC's “Soundcheck."

Next up is “I Wish I Could Shimmy Like My Sister Kate," from a 2014 session at KPLU in Seattle; and finally, “Baby Have Pity on Me" and “John Henry," both recorded in 2013 for the KCRW program “Rhythm Planet" at Avatar Studios in New York.

For more about Cécile McLorin Salvant, check out the interviews she's done with the San Jose Mercury News and iRockJazz.com.