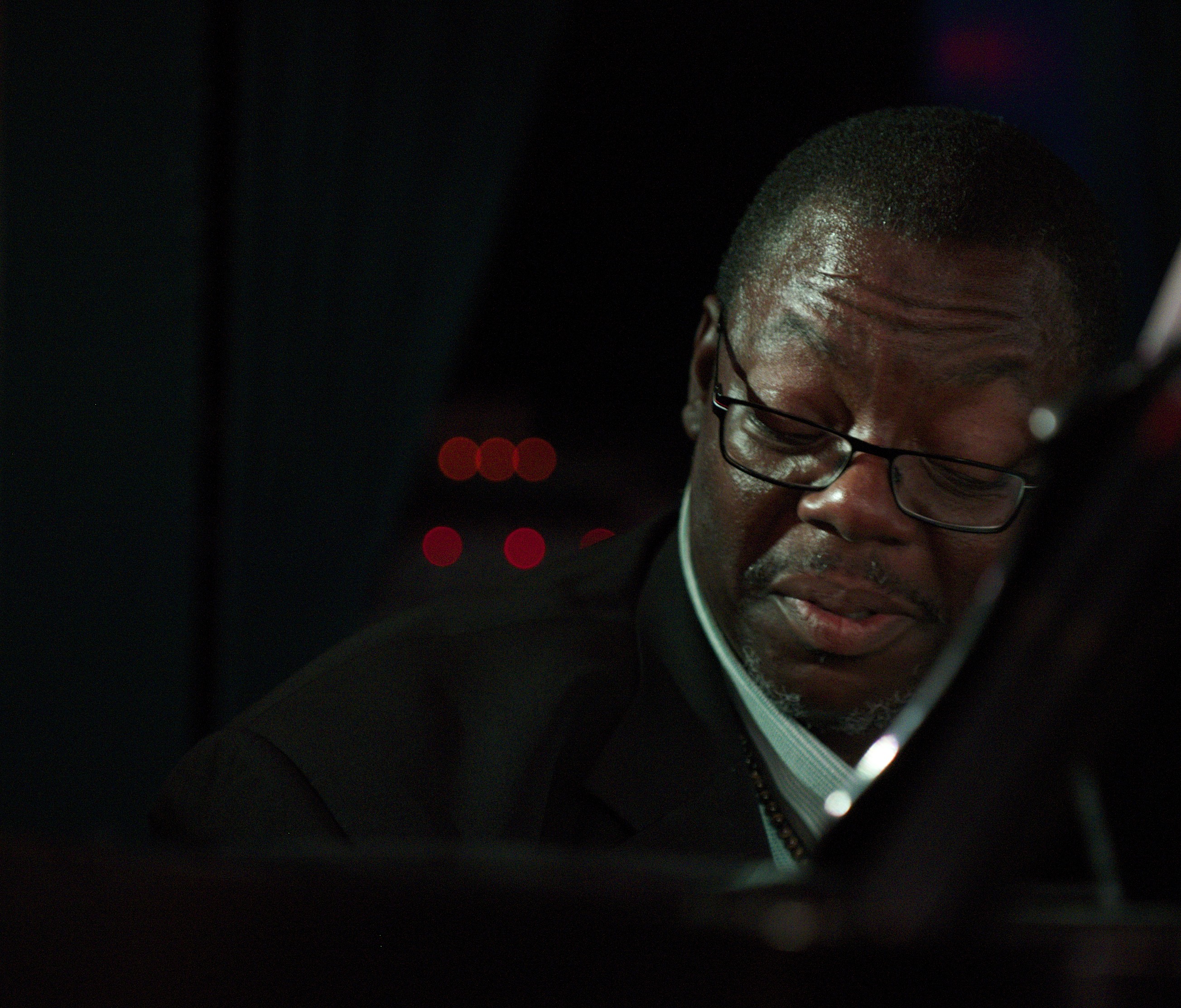 slideshow
This week, let's check out some videos of pianist Cyrus Chestnut, who will be performing at the Sheldon Concert Hall next Saturday, May 7.

Chestnut has been a frequent visitor to St. Louis over the last decade-plus, most recently serving as the pianist for the all-star band assembled for the “Jazz St. Louis at 20" celebration last fall at Jazz at the Bistro. He also has co-headlined at the Bistro with guitarist Russell Malone, and has led his own band there on several occasions. Yet somehow he's never been in StLJN's video spotlight before, an omission that this post now rectifies with a sampling of recent performances by the pianist and his trio.

As a leader, Chestnut has released 17 albums, the most of recent of which was 2015's A Million Colors in Your Mind on the Highnote label. A versatile player with plenty of keyboard chops, he has a sound rooted in gospel and blues, yet also is known to deploy more than occasionally the sort of melodic and harmonic digressions associated with Oscar Peterson and especially Art Tatum.

So, it's probably not a coincidence that the tune Chestnut is playing in the first video up above- “Brotherhood of Man" from the 1960s musical How To Succeed In Business Without Really Trying- entered the jazz repertoire thanks to a very successful recording made by Peterson's trio (with guest trumpeter Clark Terry). This version, recorded last year at Shanghai Jazz in New Jersey, clearly draws some inspiration from Peterson, even as Chestnut does his own thing.

After the jump, you can see Chestnut perform the standard “I've Never Been in Love Before," recorded at the same Shanghai Jazz gig. Below that, there are performances recorded last year in Cuernavaca, México of Chestnut's original “Ami's Dance" and a version of Lionel Richie's 1980s pop hit “Hello."

Those two clips are followed by a full set from a concert by Chestnut's trio last year at Bowdoin College in Brunswick, ME. The final video features Chestnut in an episode of the Voice of America's program Beyond Category, being interviewed and playing with his trio.