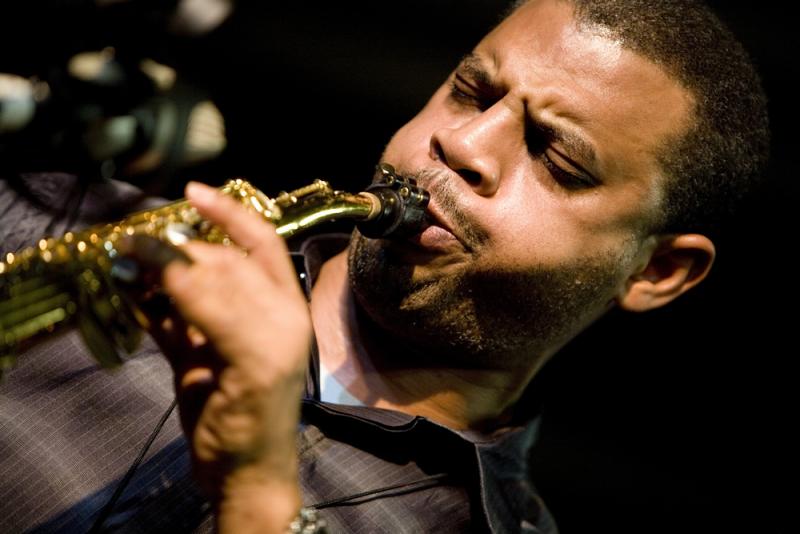 slideshow
Steve Wilson Injects Some Funk with 'Super Band' Tour in April; Four Nights at Jazz Standard in NY are Confirmed, as are Shows in D.C. and VA

Acclaimed jazz saxophonist Steve Wilson aims to 'get funky' with his Super Band tour, set for April.  The Steve Wilson Super Band features Patrice Rushen on piano and keyboard, James Genus on bass and Billy Kilson on drums. The tour will begin with a four-night visit to New York City, as Wilson returns to Jazz Standard April 12th-15th. On April 17th, the band will perform at Capital Ale House in Richmond, VA presented by The Richmond Jazz Society. April 18th will see them at Blues Alley in Washington, D.C., and the 19th will feature a workshop at Virginia Commonwealth University. The April tour wraps up with a performance in Steve's home town of Hampton, VA, with an April 20th concert at the American Theater.

Each of the April events has personal significance for Wilson: his return to Jazz Standard follows his hugely successful 50th birthday celebration in 2010  (featured in The Wall Street Journal, NY Times and numerous other A-level outlets).  The concert at Capital Ale house and the workshop at VCU are “second home" comings for Wilson. An alum of VCU, he has been in residence there several times and has a rewarding history of working with their students. Wilson is a long-time member of the RJS family and they have been presenting him in performance since the 1980's. Finally, Wilson returns to the American Theater in his native Hampton, VA since his last appearance there in November 2004.

Steve Wilson Super Band is a reflection of Wilson's multifaceted artistry and versatility. Throughout his career Wilson's bands have featured some of the most highly regarded musicians on the scene, and Super Band is just that. Pianist Patrice Rushen (hit recording artist, composer, arranger, producer, Grammy and Emmy Awards musical director, film and television scores), bassist James Genus (with Herbie Hancock, Saturday Night Live, Bob James, Whitney Houston), and drummer Billy Kilson (with George Duke, Chris Botti, Michael Franks, Dianne Reeves) are three of the most accomplished and creative talents in music today. Wilson asserts, “These are artists of the highest caliber, and with their collective resumes this is indeed is real “super band."  This very special project was assembled especially for Wilson's homecoming concert at American Theater in his native Hampton, VA. The band's collective experience encompasses jazz, funk, R & B, pop, classical, and more. He and Patrice Rushen have been band mates in Buster Williams' quartet “Something More" for the several years. Wilson recorded Rushen's tune “Wishful Thinking" on his 2003 Max Jazz release Soulful Song (that actually features Kilson and Genus). Says Wilson, “I've been a fan of her work for many years, and it's a thrill to have her on this project." James Genus is also a Hampton native. Having known each other since their teens, Genus and Wilson are both alums of Virginia Commonwealth University and the band Out of the Blue.  Last year they performed and recorded with Jeff “Tain" Watts' acclaimed Family project. Billy Kilson and Wilson met in the early 80's, and subsequently toured and recorded together with the acclaimed Dave Holland Quintet in the late 90's. Wilson was featured on Kilson's recent BK Groove DVD and CD release. “This tour was the perfect opportunity to collaborate with special friends who are very exciting and dynamic artists," says Wilson. “Each of them are the very best at what they do, and they are all masters of varied styles of music— this quartet can travel any musical territory. As a musician you're always aiming for the next plateau, and I'm sure that we'll reach new heights on this musical adventure." Expect the unexpected with this band.