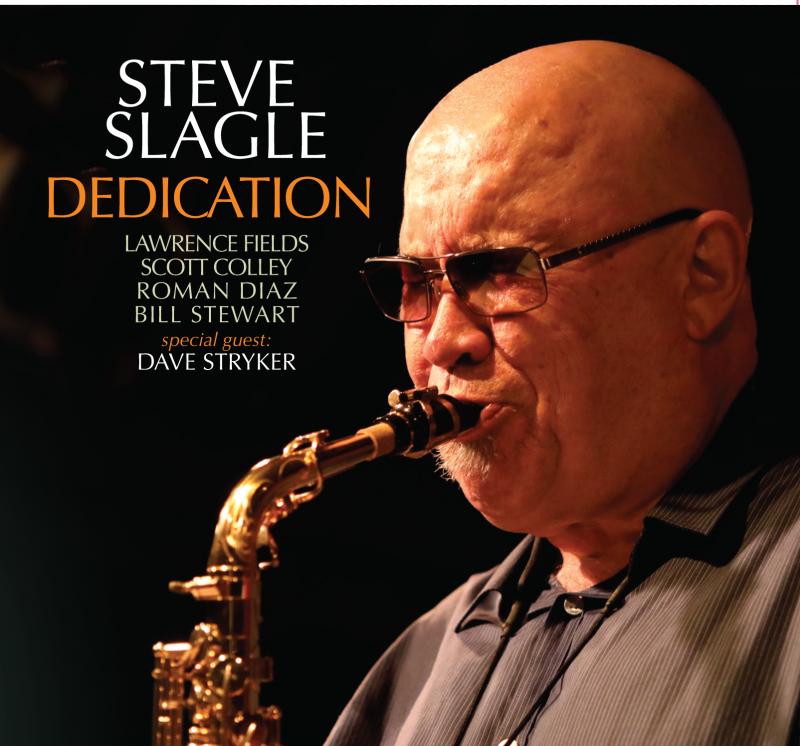 Steve Slagle dedicates each track on his new album to people, places and things that have served as sources of artistic inspiration during his five-decade career as a saxophonist/flutist, composer, educator, arranger and bandleader on the New York scene. Dedication starts with a kick as Slagle (on alto), pianist Lawrence Fields, bassist Scott Colley, drummer Bill Stewart and percussionist Roman Diaz conjure the essence of Sonny Rollins on Slagle’s “Sun Song,” a summery blowing vehicle based on a buoyant calypso-like groove. Guitarist Dave Stryker, a frequent touring/recording collaborator with Slagle, joins the group on the angular and driving “Niner” (dedicated to bassist Steve Swallow), and five more tracks. Stryker’s presence on Dedication is deeply felt, notably on the Brazil-dedicated bossa nova tune “Triste Beleza” playing nylon-string acoustic, as well as on his own “Corazon” (dedicated to Joe Zawinul), a ballad that flows with resonant alto vibrato, shimmering brushes, simple bass line movement and rubato strums of cleanly amplified electric guitar. Other subjects of Slagle’s dedication include Jackie McLean (the conga-driven “Opener”), Wayne Shorter (his “Charcoal Blues”), painter Marc Chagall (the guitar/soprano sax dream “Watching Over”), Slagle’s daughter Sophia (the playful, odd-metered swinger “Sofi”) and swing itself (the up-tempo romp “Major In Come”). It all adds up to an enjoyable and meaningful collection of fresh, straight-ahead jazz from some of the genre’s best—and most dedicated—practitioners.