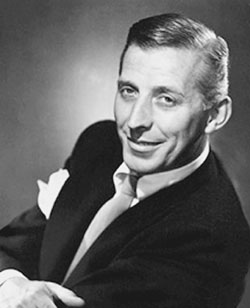 slideshow
After Stan Kenton wrote and arranged Opus in Pastels in 1940, the song was regularly performed by his band and became a hit in 1946 after it was recorded at Capitol. With the arrival of the 12-inch album format in 1955,  the song was so pouplar that Kenton commissioned arranger Gene Roland to write a series of “opus" pieces with catchy melody lines to showcase the saxophones. Even arrangers Pete Rugolo and Bob Graettinger got into the opus act.

Interestingly, Roland also composed and arranged Opus in Azure and Opus in Red, which were never recorded for some reason. Or they were and have been collecting dust on a shelf at Capitol all these years. I'd love to hear these two if readers out there have them. [Photo above, from left, of Stan Kenton and arranger Gene Roland at the Adventures in Blues recording session at Capitol Records in 1960, courtesy of the University of North Texas]

For now, let's listen to all of the Kenton recordings with the word “opus" in the title:

Here's Stan Kenton's composition and arrangement for Opus in Pastels performed live in 1941...

Here's the hit studio version of Opus in Pastels recorded in May 1945...

Here's Roland's Opus in Chartreuse on Kenton With Voices, featuring Ann Richards with the Modern Men, in January 1957...