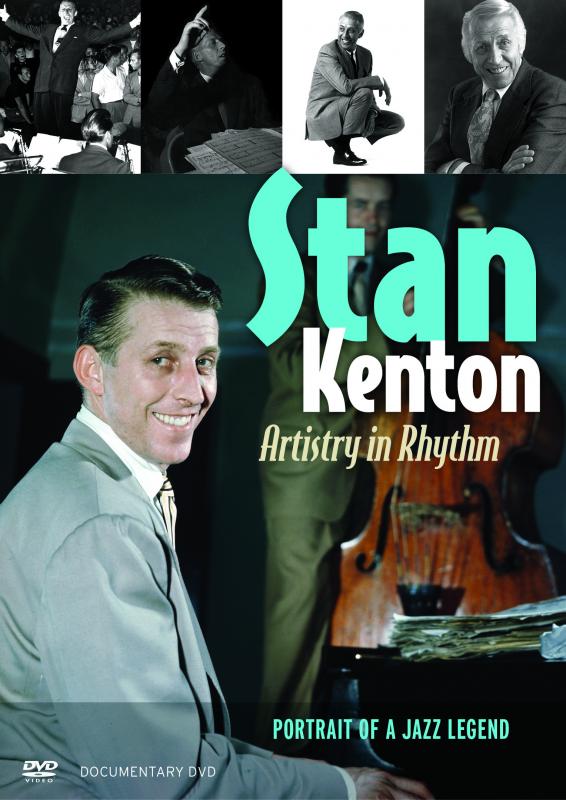 slideshow
The EMPixx Awards has honored Jazzed Media with two 2011 EMPixx Awards for the documentary film Stan Kenton: Artistry in Rhythm- Portrait of a Jazz Legend. The film has received a Platinum Award in the Documentary Category and an additional Platinum Award in the Use of Music Category. The documentary film was produced and directed by multi-Grammy nominated producer and award winning filmmaker Graham Carter, founder of Jazzed Media. Jazzed Media produces jazz CDs and documentary films. Previously the Kenton film was awarded a 2011 Telly Awards- Bronze and a 2011 Videographer Award of Excellence.

In recognition of the upcoming 100th birthday celebration of Stan Kenton in 2011 this almost 2 hour documentary by award winning jazz filmmaker Graham Carter, produced in association with the Los Angeles Jazz Institute, covers all facets of Kenton's amazing career and includes much of the groundbreaking music that was performed by the Stan Kenton Orchestra over almost 40 years. Stan Kenton is acknowledged as one of the pioneers in developing contemporary big band jazz, with a career as bandleader starting in the early 1940s and lasting through the late 1970s. Kenton was also responsible for helping bring to fame many jazz stars including June Christy, Maynard Ferguson, and Lee Konitz. Many great arrangers wrote for the Kenton band including Bill Holman, Bill Russo, Lennie Niehaus, Gerry Mulligan, and Pete Rugolo. Kenton was one of the pioneers of integrating Afro-Cuban rhythms with big band jazz, and was at the forefront of introducing jazz education to colleges and high schools throughout the world.

The EMPixx Awards is sponsored by the American Pixel Academy (APA), a coalition of professionals and educators in the field of electronic moving pixels. The APA also sponsors the Pixie Awards, an innovative competition for animation, FX, and motion graphics. The Empixx and Pixie Awards are under the direction of David E. Carter, a multiple Emmy and Clio winner who, as a young ad man, founded the Telly® Awards, and also edited the Creativity annual for 10 years

The EMPixx Awards had another leap forward this year, as the total number of entries surpassed the 1,100 mark. There was a high quality level of entries from all over the USA and Canada, and 168 pieces were selected for the EMPixx Platinum Award, the highest level. An additional 206 entries were named as EMPixx Gold Award winners. There are five broad categories: TV commercials, TV programs, Coporate Videos, Internet Moving Pixels, and Independent Films and Videos.

Jazzed Media, a jazz record label and film production company, was founded in the Denver, Colorado metropolitan area in 2002. Jazzed Media's owner Graham Carter is a multi-Grammy nominated record producer (The Bill Holman Band “Live" and The Bill Holman Band “Hommage") and award winning jazz filmmaker (Phil Woods: A Life in E Flat, Bud Shank: Against the Tide, and Stan Kenton: Artistry in Rhythm). Carter is a member of the Telly Awards Silver Council. The Silver Council is a membership based division of the Telly Awards. Members are top advertising and production professionals that have won a Silver Telly in the past, have applied for membership to the council and have been accepted. Carter is also a member of NARAS (National Academy of Recording Arts and Sciences). Currently Carter is producing and directing a documentary film on big band jazz legend Woody Herman titled “Woody Herman: Blue Flame- Portrait of a Jazz Legend."