Songstress Robin McKelle to Release "Mess Around" on E1 Music 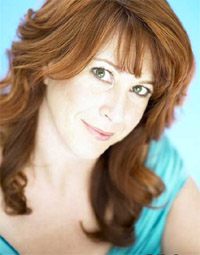 ALBUM SHOWCASES A NUMBER OF GENRES
INCLUDING SOUL, BLUES, AND JAZZ

U.S. TOUR DATES IN SUPPORT
OF MAY 4TH RELEASE

“I've wanted to do this kind of album for a long time. It's a project that spans a number of genres: soul, blues and jazz - all musical styles I love and which define my personality. It's an organic, flesh-and-blood record, recorded with musicians close to me. It has quite a 60s flavor, inspired by the albums Ray Charles and Nina Simone were making at the time."

Robin McKelle's husky warm contralto more than measures up to these rhythm 'n' blues songs on her newest release, Mess Around (out on E1 Music on Tuesday, May 4th), which perfectly suits her natural expressiveness. As one jazz diva after another took to the airways, Robin (originally from Rochester, New York) needed to stand out from the competition in record shops. “On stage, people have an idea of who I am. I've always made room for this kind of repertoire in my concerts, but on record, it took me a while to express this character trait, this enthusiasm. I'm obviously not in the same category as Diana Krall or Norah Jones, so I might as well deal with it since that's the way it is (laughter)."

After two albums devoted to big-band jazz and swing - Introducing Robin McKelle (2006) and Modern Antique (2008) - Mess Around is a departure from a certain notion of classicism. Its themes are drawn from very different sources (The Bee Gees, Leonard Cohen, Doc Pomus, Willie Dixon and The Beatles), but the aesthetic choices lend a wealth of meaning and consistency to the session, ably led by the songstress.

“I was involved in this CD from start to finish. I wrote some of the songs, worked on the arrangements of certain covers and chose the right artists to add that soulful touch."

The legendary Fred Wesley (James Brown's former trombonist and musical director, who also played with the Count Basie Orchestra) arranged two of the tracks; tenor saxophonist Houston Person (a hard-bop icon with a dense, sensual sound) crafts two enchanting solos; and Marvin Sewell (Cassandra Wilson) is one of today's most subtle jazz-guitar soloists. Generally working with a quartet including organ and/or electric piano, bass and drums, and a matchless brass section, Robin McKelle has assembled all the right ingredients to fully express the unique texture of her timbre and the stripped-down, affectation-free verve of her performance as she returns to her first loves.

Influenced by her mother who sang in a church choir, at the age of fifteen, the talented young Robin McKelle paid her dues in small R&B groups. Learning piano and French horn, she went on to study jazz at Miami University (1994-1996) before entering the Berklee College Of Music in Boston and graduating (1999). Back on the West Coast, she regularly worked as a backing vocalist. “If I'd had to settle for singing jazz, I could never have made a living, so I did quite a lot of touring with artists who included Michael McDonald and Bebe Winans. Pop and rock gigs. I have absolutely no regrets. I learned my trade on the job."

Returning to the Berklee College Of Music as a teacher, Robin McKelle entered the Thelonious Monk competition in Washington and won a prize in 2004. Her career was now launched. In Europe particularly, the public embraced the generous artist. “Actually, I always liked great soul music. First Aretha Franklin, Nina Simone and Gladys Knight, then Ella Fitzgerald and Sarah Vaughan. For me, those women are part of the same history. They personify the same total sincerity, even if the styles are different."

Consequently, Mess Around focuses on the singing, rejecting today's over-aseptic production trends. The result should delight the eclectic audiences who have followed her on tour (especially in Europe) and win over new fans, who will be enchanted by the immediate impact of the record, which they will want to play again and again.