Smirnova’s music has a timeless aspect while able to reference a wide range of modes of expression; and her own voice, too, has that otherworldly quality.
&#151Colin Clarke, Fanfare Magazine 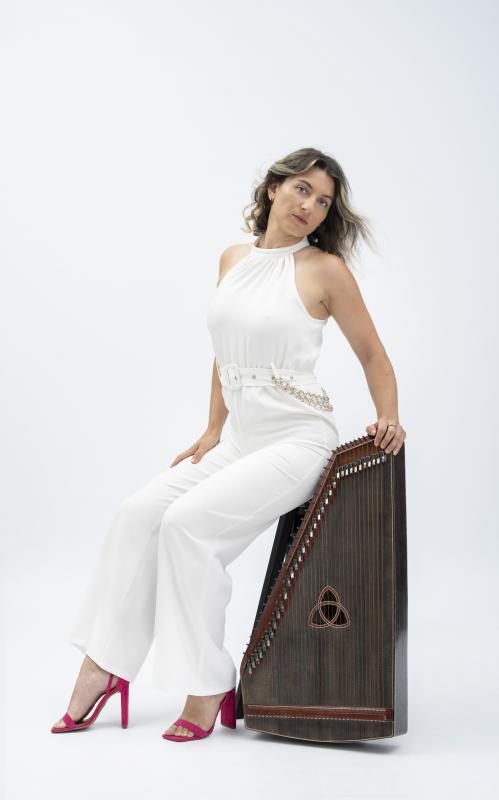 slideshow
"Bird Language” is a mesmerizing and genre-bending show where Baltic folklore, jazz and pop styles are blended into one intriguing performance. Presented with a unique theatrical flavor, Simona's original compositions bring Lithuanian ethnic zither (kanklės) to jazz; and fascinate the audience with breathtaking vocals, mimicked bird sounds, ethereal sound of zither and virtuosic jazz improvisations by her bandmates; Caili O'Doherty on piano, Maxime Cholley on drums and Maksim Perepelica on upright bass. The show will also feature a local New York model star and dancer Sasha M. Krumholz Lynn. Using nature as the main source of inspiration, Simona's show is a perfect act for not only entertainment but also for the highest quality of musical and aesthetic experience.

Simona Smirnova is a Lithuanian born jazz vocalist, composer and kanklės player based in New York City. She is an ambassador of Baltic folklore in the United States, while presenting a unique ethnic instrument through modern styles and a highly entertaining act called “Bird Language". Simona is a fixture in the New York live scene with her quartet when she’s not touring the world, including Australia, New Zealand and Europe.

Smirnova’s genre-bending style has a unique theatrical flavor and uncanny vocal improvisation techniques. She deftly implements chamber music, Lithuanian zither – kanklės and folkloric chants into foundations of jazz and rock. Smirnova’s latest album, Joan of Arc, for String Quartet, is an original composition written as a soundtrack for the classic Carl Dreyer silent film The Passion of Joan of Arc (1928). The album is a cinematic landscape of chamber pop, jazz and folklore. Simona's third album “Bird Language" will be released in early April of 2022.

Classically trained on Lithuanian zither – kanklės, Smirnova earned her BA in jazz vocals at the Lithuanian Academy of Music and Theater. Shortly after receiving the European Touring Scholarship, she moved to the United States to study at Berklee College of Music where she earned a degree in Contemporary Composition and Production. Simona is a full time musician and composer and an active member of New York City's cultural life, she is a composer member of New York Composer Circle (NYCC) and a voting member of The Grammy Recording Academy.